The set-top box expands the capabilities of the TV. Older TVs may not receive DVB-T2 signals. In this format, modern channels are broadcast. In this case, it is worth connecting a set-top box that can decode the digital signal and convert it to analog. There are also set-top boxes for DVB-C (
cable TV ), DVB-S (
satellite TV ) and set-top boxes with combined modes of operation. Smart set-top boxes ( TV-Box ) should be included in a separate category
. They can connect absolutely any TV to the Internet. 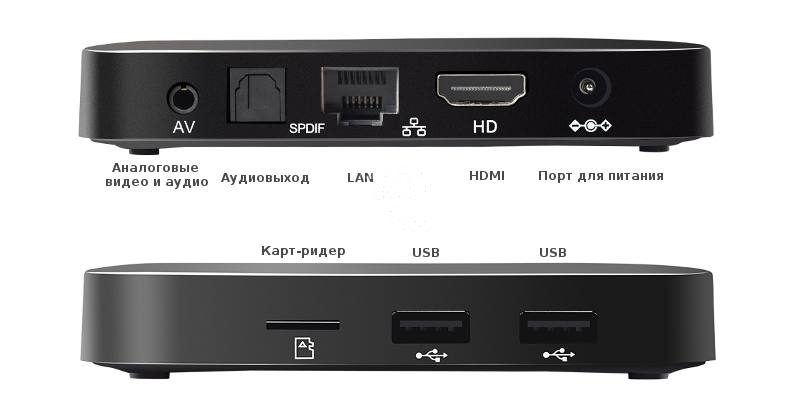 Ports of a digital set-top box for connecting a receiver to a TV [/ caption] For an average set-top box, they ask about 1200 rubles, or from 300 rubles if you rent this set-top box from a provider that gives you access to channels. The luxury class of consoles starts from 5000 rubles, but for their price they offer wider functionality: Internet access, control from the application on a smartphone and higher image quality.

What do you need to connect the set-top box to the TV?

Set-top boxes such as DVB-T2 and DVB-S2 need antennas for correct operation. Specifications need to be checked with consultants or people who have experience with these devices: the signal quality depends on the terrain, the number of houses nearby, in which direction the antennas are directed and other factors. 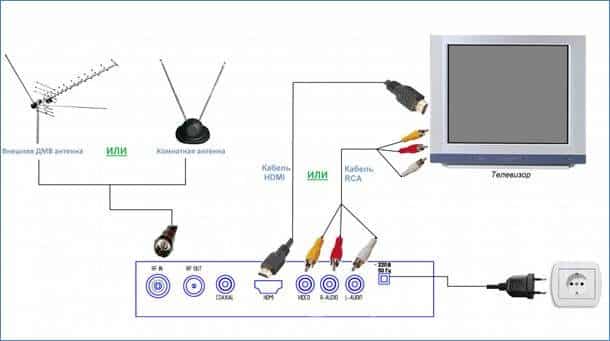 DVB-T2 broadcasting standard [/ caption] Also, do not forget about the antenna cable: its length must be measured in advance, taking into account the small margin for maneuvers. Also, absolutely any set-top box needs a cable to connect directly to the TV itself. It can be either HDMI cable, in the case of new TVs, or RCA or SCART, in the case of TVs over 6 years old. 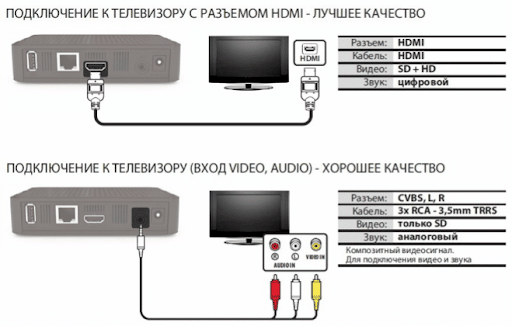 If you connect a digital set-top box via HDMI, the quality will be better than through RCA [/ caption]

To determine the type of cable to be connected, you need to look at the back of the TV and check for the presence of the necessary interfaces or check them in the instructions for the TV.

In the kit, in addition to the TV box itself, you can see several cables for connecting to various TVs. For example, the set may include HDMI, RCA, SCART and S-Video cables 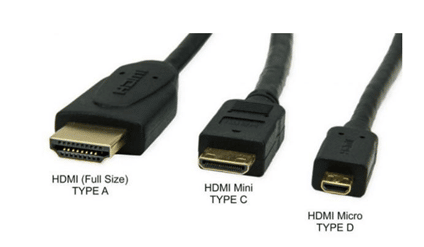 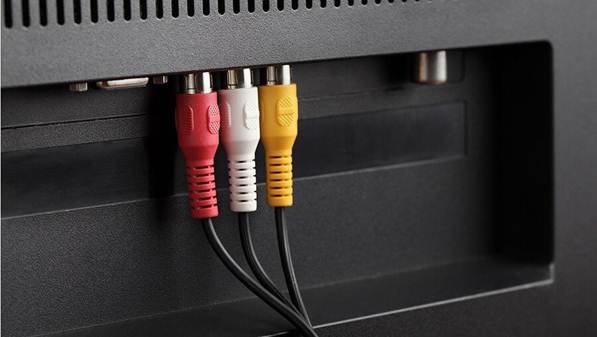 If you use any of these interfaces, then the maximum resolution will be 768 by 576 pixels, and the frame rate will be limited to 25 fps.

Many TV boxes have USB ports that allow you to connect, for example, a USB flash drive and play any multimedia (music, video, photo). Any flash drive with USB 2.0 is enough to play FHD content in 1920 × 1080 resolution, but for 4K resolution, which is 3840 × 2160, you need a USB 3.1 second generation (gen2) drive with a bandwidth of at least 20 gigabits per second. 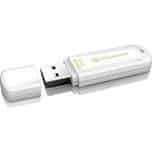 It is also worth remembering that the set-top box for receiving digital TV channels comes with only a remote control. But a set with set-top boxes for broadcasting a satellite signal also consists of a set of wires, which are required to connect an antenna, and decoders. 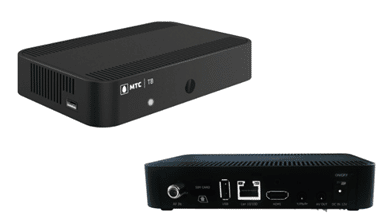 If you have never dealt with a set-top box before and do not know how to properly configure it, then you can purchase a set of a set-top box and a wireless keyboard and mouse. Such sets can often be found for premium models, which starts at 5,000 rubles. The mouse will help you navigate the interface of the set-top box faster, and the keyboard will help you type faster. Also, additional accessories include various extension cords, adapters, splitters and splitters, which can be useful for connecting several TVs at the same time.
How to connect two TVs to one digital set-top box Tricolor : 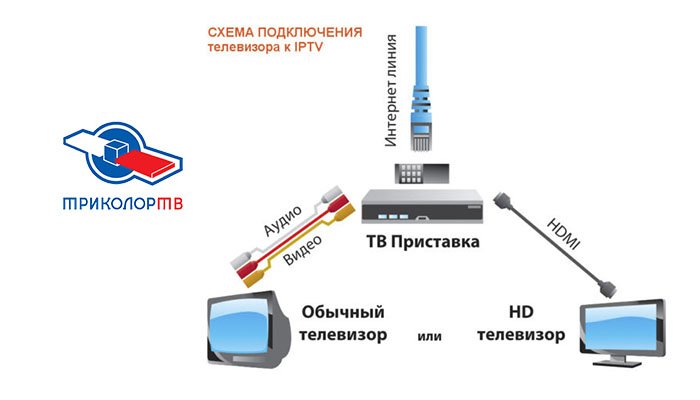 How to connect a set-top box to a new and old TV via HDMI connectors, RCA, SCART

We connect a modern TV to a TV using the HDMI connector:

How to connect a set-top box to a Samsung TV step by step – video instruction: https://youtu.be/ZyHYPUSqF3U Also, there are times when the set-top box has only HDMI output, and the old TV has only analog outputs. In this case, you need to purchase a converter that converts the digital signal to analog. Some of these converters may require USB power, which can be obtained by connecting the converter to a USB port on the box itself. How to connect a digital set-top box to your LG TV and tune channels: https://youtu.be/LuMUNZTLb8s

To connect multiple TVs at the same time, it is worth purchasing an HDMI cable splitter. Such a splitter costs about a thousand rubles. It copies the output signal and broadcasts it to all of its HDMI outputs. In the case of using an RCA cable, a divider for the analog signal is required, which costs from 400 rubles. The principle of its operation is similar to the splitter for HDMI, but the quality is much worse. 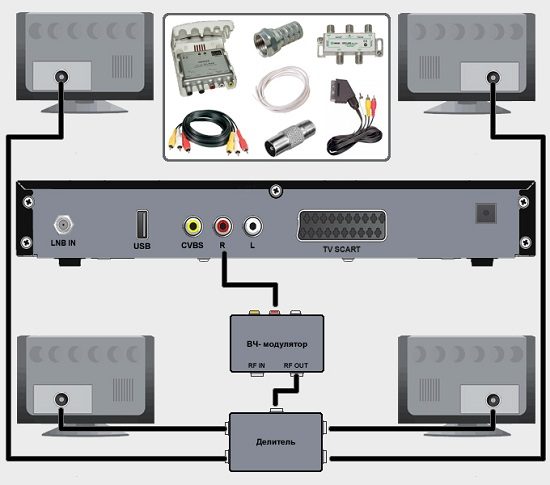 Through a set-top box, you can connect digital television to two old TVs [/ caption] If you want to watch different channels in different rooms, then you can connect several set-top boxes to one antenna. To do this, you will need an antenna splitter that operates at 1000 Hz. It allows all devices to receive the same signal. 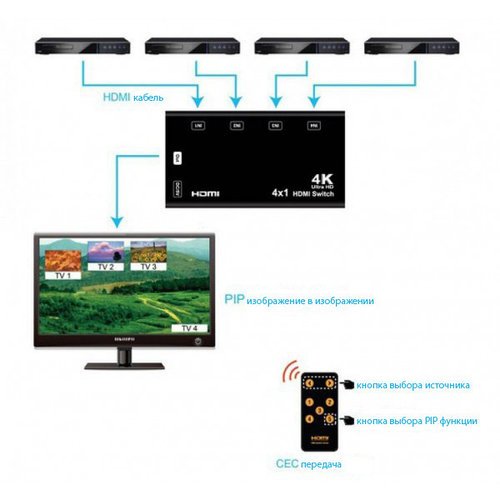 Probable problems and ways to solve them

How to set up channels 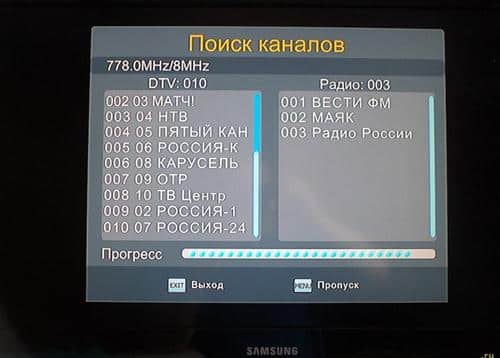