AFRd is an application used to set autoframe (auto framing) on ​​Android TV Box. It can switch vertical scan rates on Android TV devices. Next, you will learn in more detail what this powerful utility is, how to download and install it.

AFRd is a unique autoframe app designed for Android devices. The program is completely free. 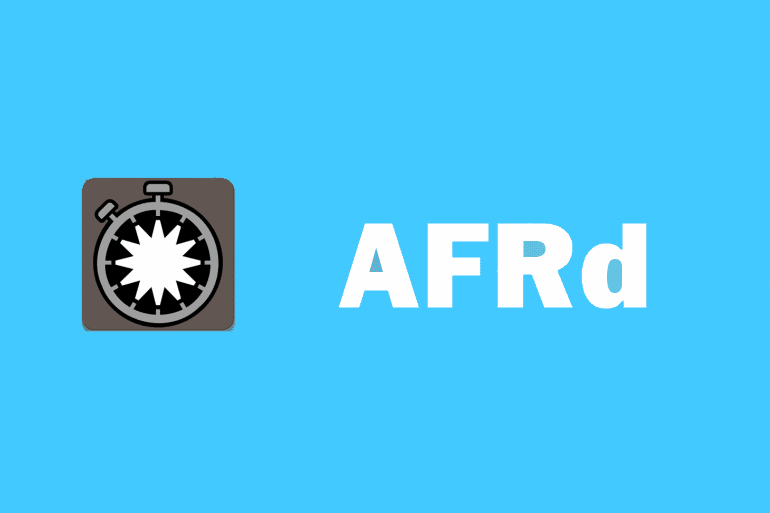 The problem is that the autoframe function is not always present initially or is not available for all cinema applications. AFRd is designed to solve this problem by ensuring that the video output matches the video frame rate of Android TVs running on 64-bit Amlogic processors. The AFRd program in the TB set-top box automatically synchronizes the update screen with the speed of the video file being played, thereby:

The main characteristics and system requirements are shown in the table:

The AFRd application has a very user-friendly and intuitive interface. It has many features that allow you to easily set up automatic cropping on your device in no time. This is how the application interface looks like: 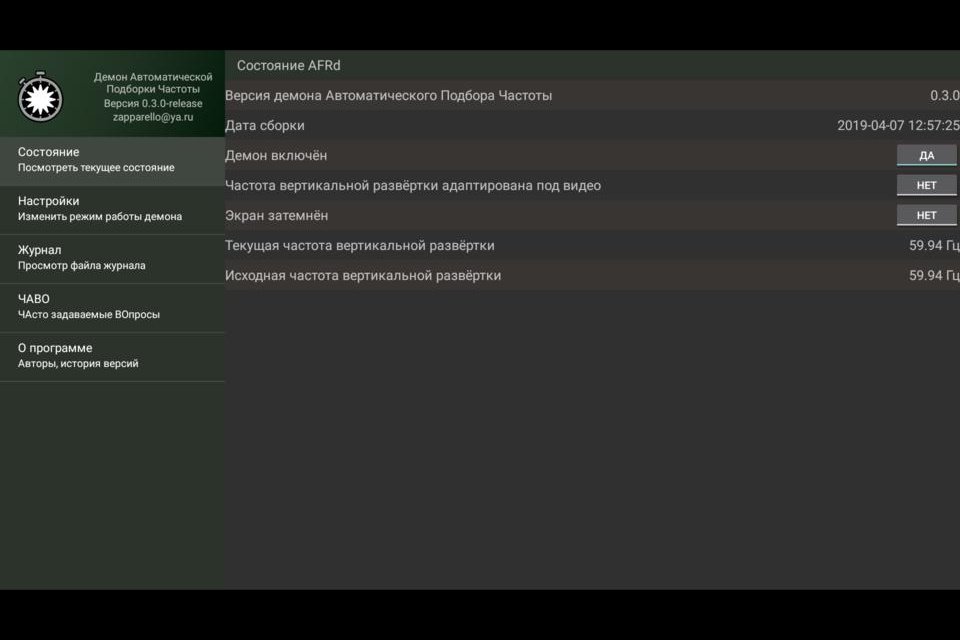 After authorization, in the application you can:

If you make a mistake while adjusting the program parameters, they can always be reset to the factory defaults.

Another convenient moment – the program has a section “FAQ” (Frequently Asked Questions). There you will find a large number of answers to the most pressing questions about the functioning of AFDR, which will greatly simplify your acquaintance with the application. We also invite you to watch a useful video, which describes in detail the functionality and capabilities of the application:

The AFRd program has more advantages than disadvantages. Among them:

You can download the latest version of the AFRd application for free from the direct link – https://dl1.topfiles.net/files/2/318/1251/bWVkM23Po3JUc01SSGd3Yzk1TUFaV3g4Sk9kOFlPeTJMUEVyV1pnTFB3azlJdzHQr3. From this link you can download a special version for SlimBOX firmware – https://drive.google.com/file/d/1Y3xdTNEsUP1qsXaVvRr_K-7KSryzOgsn/view?usp=sharing. What has been added and changed in the new version:

How to install and configure AFRd on an Android TV box?

In order to install and configure the AFRd program on your device, you do not need special skills and knowledge in technology. It is enough to follow this video instruction (actions are shown on the example of the Android set-top box x96 max):

Any application can have intermittent errors and malfunctions. For AFRd, the most common problems are:

If these and any other problems arise, you can ask for help on the application forum, the developers and experienced AFRd users are responsible there – https://w3bsit3-dns.com/forum/index.php?act=search&query=&username=&forums%5B% 5D = 321 & topics = 948250 & source = pst & sort = rel & result = posts.

AFRd app problems are most common on Android devices older than version 8.

AFRd has analogues to which you can replace the application if, for some reason, it is not suitable for your device, or if it cannot be used for other reasons. Most popular similar programs:

For an ordinary Android TV viewer, who is not particularly versed in all the intricacies of image parameters, the AFRd program is unlikely to come in handy – he simply will not notice its action. But if you are a hard-core user who by eye determines the difference in a couple of frames / sec, such an application will not be superfluous. Moreover, it is free.