BS.Player is a player that plays files in many multimedia formats – for example, WebM, Xvid, avi, mpg, mpeg-1, etc. In this article, we will take a close look at the BS.Player media player, understand its capabilities and requirements, we will explain where and how you can download it.

The main characteristics and system requirements of the BS.Player media player are presented in the table.

BS.Player is a program that allows you to play audio and video files in most of the formats that exist at this time in the development of technologies. 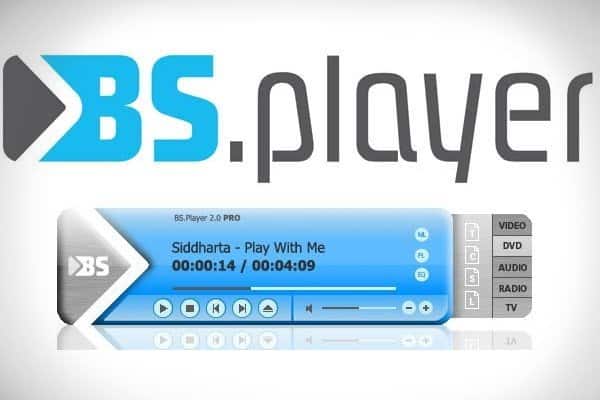 The multimedia service BS.Player has over 70 million regular users, the number of which is increasing every day.

The main advantage of the player is maximum playback quality with minimum resource consumption, therefore BS.Player is ideal for use on low-power and outdated PCs. You don’t need to have powerful hardware. Player BS.Player has many functions that make it convenient and multifunctional:

The latest released version of this service is BS.Player 2.76. The functionality and performance of this player have always been at a high level, now it’s time for the interface. The developers have done a great job and now it has become much more convenient to use the player.

With the latest update, access to all the most needed and popular functions and settings among users has become much easier. The new, more modern design is also worth mentioning.

On the official website of the developer, you can download the Free-version of the program for free or purchase the Pro-version 2.76 at a price up to 29.90 EUR. The buttons for downloading the player for the computer and phone are located on the main screen – http://www.bsplayer.com/: 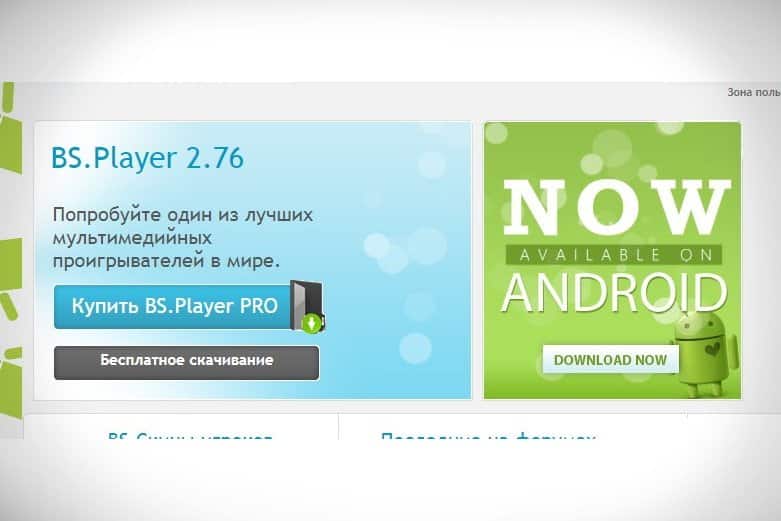 Free covers (skins) are also available there to change the appearance of the media player. Thanks to their huge number, the possibilities for personification are almost endless.

Features of the Android version

BS.Player for mobile devices focuses on video playback. The main features of the Android version of the multimedia program include:

We can safely say that the Android version of the BS.Player multimedia player retains all the best from the PC version and is in no way inferior to it. At the same time, it became possible to use the player, beloved by many users, anywhere and do it with maximum comfort.

Sky, columnist, 36 years old, Moscow region. The whole player is made in the spirit of minimalism. Thanks to this, it works quickly, but does not spoil the number of functions. Sound quality is average but smooth. Nice features are the ability to scale the image and a large set of built-in radio stations.

v1972OM, power engineer, 40 years old, Penza. Used the Android version of BS.Player on a tablet. Plays almost all known media file formats. Before him, I used other players and had constant problems – either “the format is not supported”, then there is no sound. I forgot about this with this player.

codemastera, webmaster, 29 years old, Poltava. A very user-friendly player, it can display most video formats, does not crumple. You can create playlists, connect additional plugins. The player does not load the operating system much and even knows how to play video from the archive without unpacking!

BS.Player is a versatile player that has long established itself among users and has many pleasant and useful options. Due to its simplicity and low system requirements, it can be used even on the weakest and oldest devices. A worthy choice for your home PC or smartphone.