To watch movies, TV series and cartoons, the owners of media players (
Smart-TV set-top boxes ) and TVs, originally equipped with Smart-technology, use various applications. The apps that are available for download in the markets sooner or later cease to meet the user’s needs as their viewing experience grows. New items do not appear everywhere and far from immediately, and old films are boring. Films and series in good quality are often available only by subscription or for a fee, which is a luxury for the average TV viewer.

What is HDRezka Client application and why is it needed 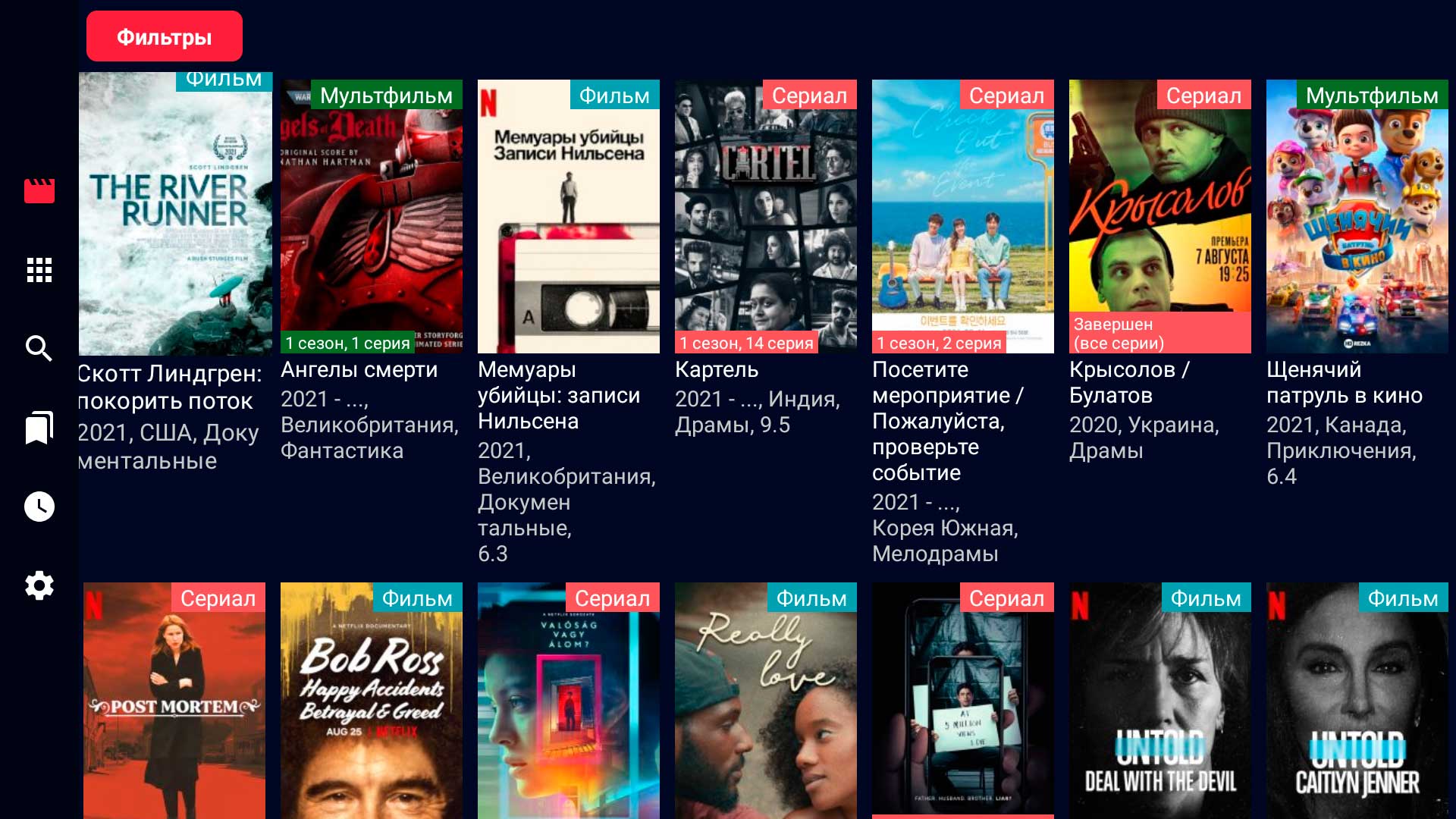 There is a way out of the dead end of paid content and subscriptions: a separate service in which the film library is updated in a timely manner and the content in it is presented in a decent quality. By the way, movies and TV series can be watched on any device (including smartphones and tablets) with Android OS version 4.1 and higher. This application is hdrezka client for android. It combines interesting content and simple functionality. Intuitive controls and high quality video make hdrezka client practically the best application for watching movies on Smart TV today. You should figure out the installation of the application and determine what its advantages and disadvantages.

To use the hdrezka client, you first need to download it. This can be done on any site, as long as it is a working version. It is best to get acquainted with their list on the site w3bsit3-dns.com. As a rule, the site has the most recent working version and can be found on Google, but it never hurts to be careful. You can download the current version of hdrezka apk for android tv at the link: https://apklust.com/en/hdrezka-client-apk It can be installed on a TV from a USB flash drive. To do this, you need to download the apk file to a usb drive and then insert it into the corresponding connector on the TV. The setup process in the future looks the same on all devices. On the example of a tablet with Android OS it is like this:

The application has been downloaded and launched. But he is missing something. Namely, the actual mirror. To get it, you need to write to the bot a letter to the email address mirror@hdrezka.org with any text and subject. After about 10 minutes, he will send a link to the current mirror. It must be entered in the menu item “Your mirror”, where you should enter the site received in the letter.

Mirror hdrezka client [/ caption] The bot in a letter separately asks not to publish the mirror in the public domain, so it will not be available here either – otherwise copyright holders will see it all users will have problems connecting and watching movies. You don’t need to register separately anywhere. After entering a new mirror, all films, cartoons and TV series become available and you can watch, download, add to favorites.

The application has a convenient sorting of content by types, genres, years of release. It saves the history and therefore it will be easy to return to watching the series, which the user abandoned, because new episodes have ceased to appear.

Catalog of films and series in the client [/ caption]

It is possible to download a movie or series you like. You can choose the voice acting and the quality in which the download will take place.

When viewing, you can also choose your preferred voice acting from the proposed. There are quite a few of them and they are all good. Some films have original soundtrack and subtitles available.

HD Rezka – how to download and configure a client for watching movies and TV series on Android TV: https://youtu.be/JSNHhHQT1IA

Client problems are divided into solvable and unsolvable. Fixable problems only need to be done once. Unsolvable are not as fatal as they might seem at first glance. The main problem with hdrezka client for android is design. It’s scary like the internet of the 90s. In addition, on some devices, when using a dark theme, fonts may disappear, as they will be displayed in white on a white background. And this is incorrigible, but you will not have to see him often. There are no problems with the speed of video playback. If the user has them, then most likely the problem lies in the hardware area: slow Internet or a glitch of a set-top box / TV.

Films in good quality [/ caption] Russian films and serials are either absent or may not be played in this application. This is a small minus, as it already has enough content. Old movies can be played in low quality (360-480p). And they do not always start the first time – you have to restart the video. Youtube content is also not playable.

Otherwise, during a normal installation according to this instruction, the user should not have any problems, because the hdrezka command periodically updates the client, fixing old errors and adding new content available for viewing.

Is it possible to install hdrezka client on PC and iOS