Smart TVs that are equipped with the Smart TV function are very popular among the population.

Widgets for Samsung Smart TV are produced in large quantities and in different directions [/ caption] This is due to the fact that such “smart” TVs can broadcast, provided they are connected to the Internet, a variety of content,
run applications , use various popular services, such as YouTube and others. Among consumers, TVs with the Smart TV function, which are presented in the domestic market by Samsung, are in great demand. They come with software already preinstalled. Besides,
on these TVs, the user can independently installvarious applications from the store… Despite the fact that most TV models, although they have become smart and have many useful functions, they still have too limited memory for data storage. Simply put, if a user installs a wide variety of applications or, for example, games on the TV, the memory almost instantly fills up. In this case, it becomes necessary to remove standard or unused, previously installed applications to free up the device’s memory. As a rule, the need to uninstall applications on Samsung Smart TV arises in cases where the user is not using them. In addition, in order to free up disk space on the TV for installing new programs, it is often necessary to remove some rarely used or generally unnecessary applications. 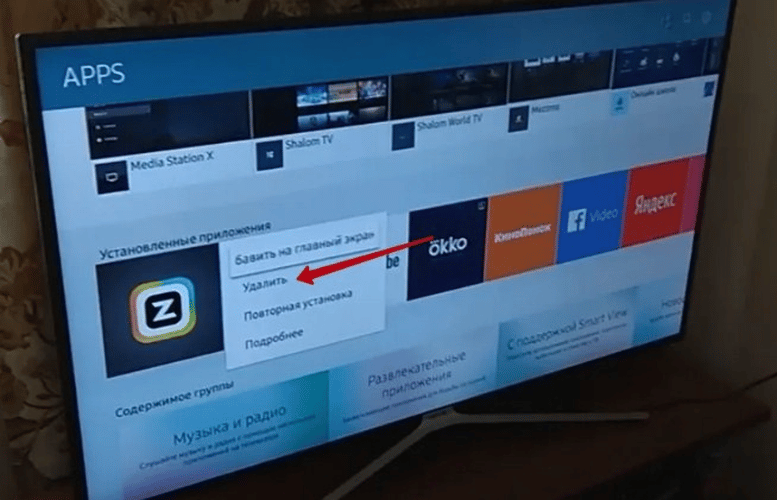 How to uninstall an app on a Samsung Smart TV

Samsung is one of the world’s leading manufacturers of various equipment, including televisions. Samsung equips its TV models that are equipped with the Smart TV function, unlike most Chinese no name counterparts running on Android OS, Samsung equips its own operating system called
Tizen OS . 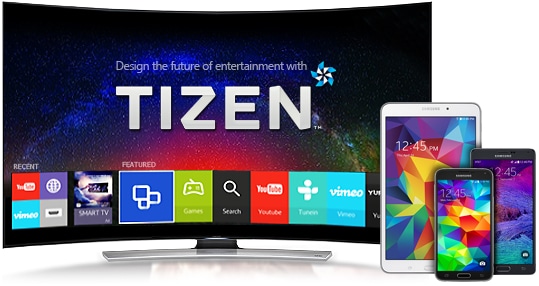 It is worth noting that during the development of Smart TV technology, the shell, as well as the interface and functionality of this OS have been updated, changed, and also improved. Therefore, there are several ways to uninstall apps on Samsung Smart TVs depending on the release date of the TV.

Removing apps on Samsung Smart TVs with firmware dated from 2017

To uninstall applications from Samsung Smart TVs that are equipped with a relatively fresh firmware (from 2017), you must sequentially perform a combination of certain actions. To remove unnecessary software, you should:

After performing the above operations, the installed program will be removed from Samsung Smart TV. To install it back, you will need to go to a special online application store and repeat
the installation process on TV .

This removal method is suitable for devices that were released in 2016 or whose firmware dates from an earlier period. To remove unnecessary applications on such Samsung Smart TV models, you need to click on the “Home” button and select a subsection called “Applications”. Then you should select the menu my apps (my applications) and in the window that opens, click on the option “Options”. To do this, you need to click on the shortcut, which is made in the form of a gear (located at the bottom of the screen). At the final stage, select an unused widget and click on the “Delete” command. This command is on the delete line.

On a note! For Samsung Smart TVs that were released earlier than 2016, the procedure for uninstalling the app is the same. The only difference will be in the location of the settings shortcut on the screen. On older TV models, it is usually located not at the bottom of the screen, but at the top.

How to uninstall pre-installed (system) apps on Samsung Smart TV

Pre-installed or system applications are software that was installed on the device during production. Directly by the manufacturer itself. These preinstalled programs can take up a significant amount of the TV’s internal storage. In the event that the user does not use such software, you can try to uninstall it. However, in this case, you will not be able to uninstall the preinstalled software in the standard way. After all, such standard applications are not removable. At the same time, there is one way that allows the owner of Samsung Smart TV to get rid of the standard, pre-installed and non-removable applications from the device. To remove system, pre-installed software and non-removable applications from Samsung Smart TV, you need to:

After activating developer mode, you need to go to the settings menu. To do this, click on the shortcut that looks like a gear (located at the top of the screen, as shown in the figure below). 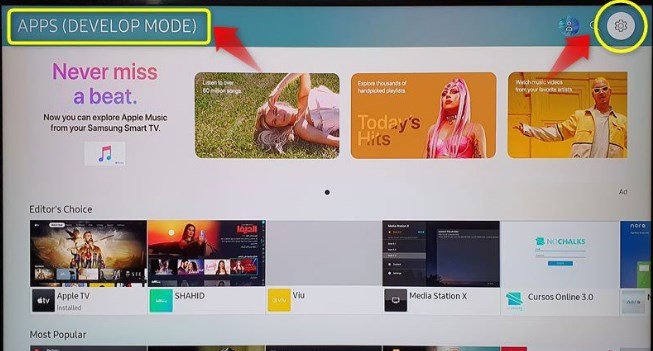 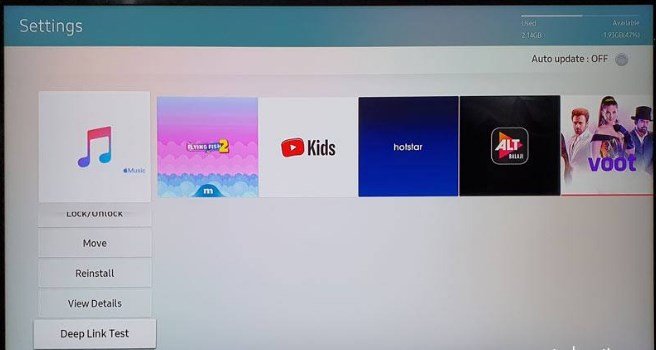 Deep Link Test [/ caption] In the window that appears, select the field called Content id and enter any text in it, after clicking the “Finish” command. After completing these operations, the system will prompt the user to enter the password required to unlock. It should be noted right away that you do not need to enter the password, but you should click on the “cancel” function. After performing all the above operations, you need to return to the “delete” option, which for the corresponding application will be highlighted not in gray (not active), but in black (active). To complete the procedure for uninstalling the program, you must click on the activated “uninstall” command.

In the event that after performing all the above operations, the “delete” command is still in an inactivated state, you need to restart the TV.

Also, to activate this command, you can try to reset the smart hub settings by running the following commands: Setting → Support → Self-diagnosis → Reset Smart Hub. However, it should be noted that after resetting the smart hub, the settings of the installed applications will be deleted and the user will have to re-register both in the applications and in the Samsung Smart TV account. How to remove built-in standard Samsung Smart TV applications – video instructions for removing pre-installed programs and widgets: https://youtu.be/qsPPfWOkexw

Any Samsung Smart TV user, if desired, can install applications that are located in the branded store of the TV manufacturer. It is worth noting that this online store has a simple interface and it is easy to search and install the corresponding software on it. However, in order to uninstall previously installed programs from the store, you need to:

In some cases, the software installed from Samsung Apps cannot be uninstalled. Then, to solve this problem, it is recommended to roll back the TV settings to the factory settings. To do this, you need to execute the following commands: menu → Tools (the button is located on the remote control) → reset → password (0000) → OK. 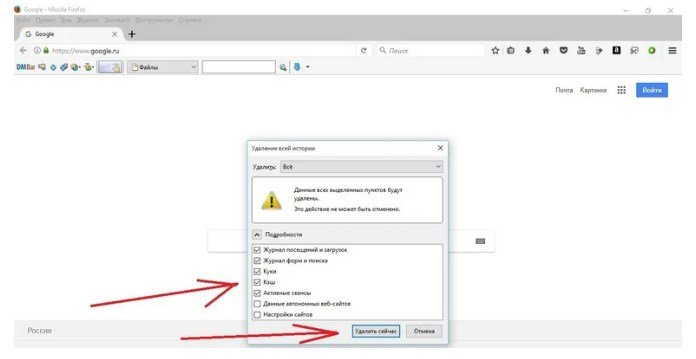 Clear cache [/ caption] Note! After uninstalling the software from Samsung Smart TV, it is recommended to clear the so-called cache memory of the device. Otherwise, due to an overflowing cache memory, the TV may malfunction, as well as problems when installing new programs due to a lack of free memory.