When it comes
to choosing a home theater, you can always stop on the way of installation and further operation of the device. Prices for a modern device can range from $ 250 to $ 500-600 per model. In addition, you will also have to choose the design and the number of speakers for the room, the control system, the number of readable formats and other characteristics. Don’t bet on “more is better”. Each manufacturer approaches pricing differently. So any technical solutions are not tied to the price difference between the models. The only opportunity to compete for customers is to improve the sound and appearance of the DC. This is exactly what manufacturing firms use to attract new customers. A well-designed model is making a successful mark on the market. Originally designed home theater model that resonated with consumers,it is immediately taken into account by competitors who take the best solutions for themselves, and then improve the functionality. Usually, only the released model is damp. And before buying a new cinema that has just been released, you need to look well and think it over, read reviews on specialized sites, perhaps wait a couple of months until the manufacturer flips out the shortcomings. 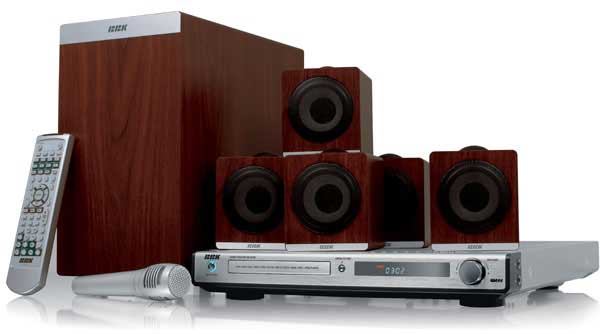 For example, you can take a player with an MPEG4 product. The first models were slow-witted. There were no decoders, DVDs played through one, and the sound quality was not very good. But, even with these problems, there was a great demand in the market. After a while, DVD players of most companies were already of good quality, all critical problems that the “firstborn” had were eliminated. In this case, we will consider BBK home theater models from the high elite range, as well as those that can be called relatively cheap. The dimensions of the BBK manufacturer are not too large for innovative home theaters, but given the current level of modern technologies, the volume and quality in these devices are quite high, while the design solutions themselves will also be at their best. 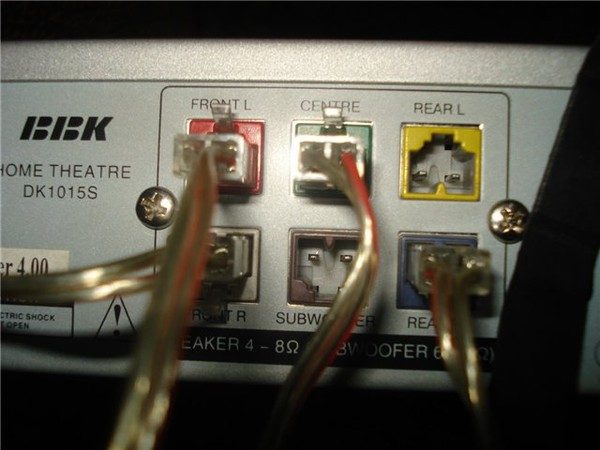 BBK Home Theater Inputs [/ caption] An overview of the best home theaters from BBK is presented below.

A home theater system with a built-in DVD drive of the MIX series with extended karaoke functionality has many advantages. One of the main ones is the presence of a special interface for DVD-equipment In`Ergo. The speaker system is made of MDF and is made in accordance with the classic design. The loudspeakers stand out with a large enough cabinet to improve the overall sound of the structure. The DVD set supports most of the audio and video formats. This list includes the famous: MPEG-4 and DVD-Audio. Yusbi-pores make it possible to connect external storage media, as well as third-party devices. In addition, the DK3940X has two built-in tuners: FM and AM with more than 20 presets. 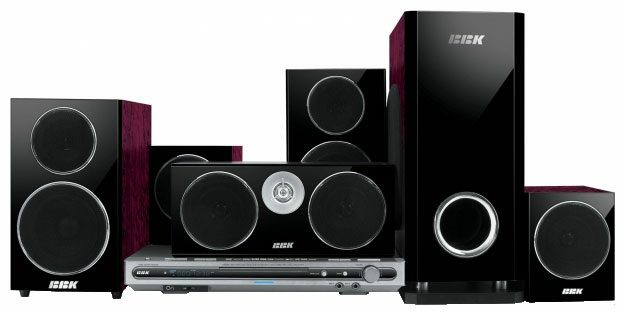 All about the video:

Combining a DVD player with a home theater system has borne fruit. This merger opened up the ability to play not only standard files, but also MPEG-4 data. In addition, the unit is equipped with the “Y-play” function. Among the main switching features is a separate headphone output. This solution will allow you not to disturb others while watching a movie or listening to your favorite audio recordings.

Additionally, the built-in tuner will allow you to catch radio stations. A wide range of video interfaces provide access to a choice of optimal ways to connect your home theater to a TV, and the presence of digital audio outputs allows you to connect a variety of external audio devices. In addition, there are microphone inputs, so this home theater is also suitable for karaoke. Thus, the following points are worth noting:

The DK 2871HD home theater system from BBK is rather bulky. Front and rear speakers are presented in the form of two-story columns, which are mounted on rather heavy bases in the form of a circle. These stands are covered with glossy black plastic, so they fit perfectly into any interior.

As for the design, the system will perfectly fit into both the classic interior and the interior, made in a modern style. The loudspeaker enclosures, like the stands, are covered with a special matte plastic with a silver frame, which contrasts strongly with each other, making this model attractive and stylish. The dimensions of this design are 430 by 65 by 280 millimeters. Permissions:

This option is a new step with a not particularly noticeable increase in cost for a line of similar products. This decision is very interesting and unique, because the emphasis was on highly pumped acoustics, unusual appearance and very high-quality sound. Although the “Zoom” function does not provide an opportunity to greatly increase the picture, but other high-quality elements of this home theater more than cover this dubious drawback. The mentioned improvement of acoustics is not a marketing ploy, but a real strong point of the product. The model under consideration is perfect not only for watching videos, but also for listening to various musical compositions. This proposal is extremely relevant for improving sound in the context of small rooms.Good “bass” allows for deep immersion and creating the right atmosphere when watching movies and TV shows. Powerful and pumped front speakers open the door to new realism. The rest of the loudspeakers also acquired new parameters. The subwoofer is made to match the colors of the entire installation. The appearance of the audio system is austere and aesthetic, showing the seriousness of the owner of such a cinema. 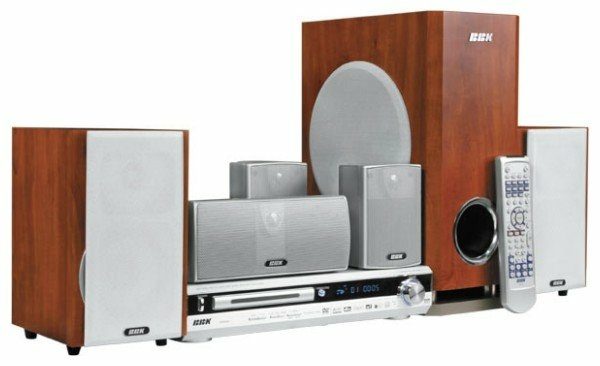 Audio system and its components:

Learn more about audio parameters: a frequency range of 20 to 20 thousand Hz is applied. Signal to noise ratios less than 100 dB. The harmonic distortion is 0.16. The maximum power of the speaker system is:

https://gogosmart.pro/texnika/domashnij-kinoteatr/kak-vybrat-sabvufer.html The weight of this model is 17.5 kilograms, which is not enough for the functionality and taskability with which the device can cope. The dimensions are also not very large: 490 by 440 and 522 millimeters.

The presented model of the cinema has a rather specific design. In addition to the fixed installation and the main subwoofer, there are 4 tower-shaped floorstanding front speakers. The color range is gray-aluminum. While these speakers sound good, their bulk is one of the biggest drawbacks. The design concept is rather dubious, but not mentioning its stylish and aesthetic appearance will simply be wrong. The internal volume declared by the manufacturer, which makes the sound supposedly louder, in fact only distorts it. Although watching any films, it is quite difficult to notice. The use of the built-in decoder will help smooth out the shortcomings, but, unfortunately, it will not work to bring them to zero. 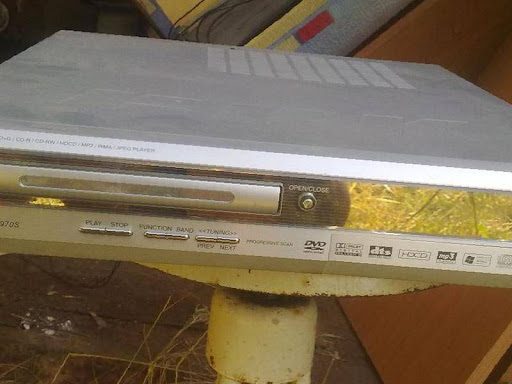 With regard to video, we can note the presence of progressive scan, which also allows for high definition and no flicker during viewing. There is support for various functions and dubbing languages. And the switching capabilities are expanded due to additional video outputs. Specifications: There are various connectors for connections, built-in receiver, audio output, as well as a subwoofer and 5.1CH speakers. Structural elements:

Maximum power: the power of the subwoofer is overwhelming and is 80W, all main speakers (front, center) are 40W each. The surround speaker is also 40W. FM tuner:

How to connect speakers like home theater BBK and others to your computer: https://youtu.be/r0Y8icXZEMA

Equipment from JVC, as the closest competitor

JVC home theaters have been famous since the days of the Soviet Union. In their case, they originally had a name, unlike BBK. The price corresponded to the quality.

This design can hardly be called anything special or something unique. You can write about it briefly: elegant, simple both in colors and in use, strict in places. The set includes a player, a subwoofer and 5 satellites – silver. If you put it in a room, it will not stand out in the interior, but this kit will not be able to decorate the room. Power may differ slightly from competitors. There are no special features about functionality either. The radio works quite well. If we talk about sound quality, then here the manufacturer approached responsibly and correctly. On this system, of course, listening to music will not be very comfortable, which cannot be said about watching a movie. The use of this model fully conveys the realism of what is happening on the screen, however, touching on the topic of power – there is no development in this regard.The device is not suitable for a large hall, but for simple home viewing it is more than enough. 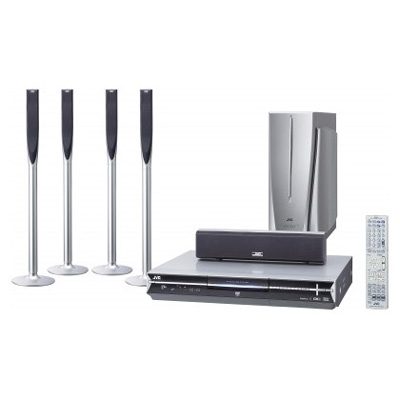 All about the video:

Technical parameters: Acoustic systems: front, rear and main (they are also central). Small, but well protected from external influences loudspeakers, the power of which is 45 watts. In addition, the design also includes a wide-range cone speaker with a diameter of 8 centimeters. Its frequency parameters are from 90 to 20 thousand Hz. By type, these devices are bass reflex. Dimensions and weight – 92 x 98 x 92 millimeters, 650 grams each. There is also a so-called active subwoofer – it is also a subwoofer. Its type is similar to the loudspeakers of a loudspeaker system, and the frequency response ranges from 25 to 250 Hz. The weight of such a product is already more tangible – 4.8 kilograms. Dimensions – 202 x 330 x 341 mm. The speaker system consists of the following elements:

Further we will talk about more advanced models. Looking at the assembly, you can understand that a lot of work has been applied here, and therefore the price will be much higher. 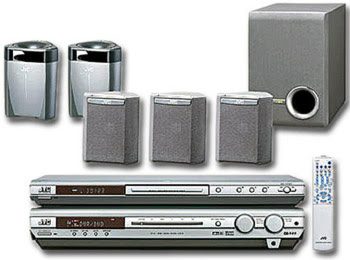 Despite the high-quality assembly, the manufacturer used minimalism. The end result is small squares of columns. The style of this set is pretty simple. The player and receiver are not combined, which allows you to achieve a higher level of quality. And even such a “pair” can decorate the interior of the rooms. But, unfortunately, the power is also not enough to sound a large hall. After testing the sound, no global changes were noticed. The sound became a little more interesting, bass appeared, but, for watching movies, yes – there is little progress forward, but for listening to music – as such, there is no change. As for the video, here we can note the progressive scan. The quality is top notch. “Firstborn” in the development of MPEG-4 reading resolution. Thus, the following points are worth noting:

Detailed characteristics: The loudspeakers are quite compact, the loudspeaker housing is housed in a magnetically shielded housing, the power of which is 50 watts. In this particular model, the subwoofer is a subwoofer with a power of 60 watts. The dimensions are not very large, for such a device: 210 x 395 x 350 millimeters.

Philips is very well known in the market. They make a variety of equipment: from washing machines to home theaters. We note categorically that, in principle, everything does not always work out smoothly for this company, but no worse than for competitors. A well-advertised product has a beautiful appearance. If you look, then it is no different from others, the same square columns, but the designers of the manufacturer showed a little imagination: they slightly rounded the edges of the speakers – thereby making a unique and aesthetic device.

If the package and design are still pluses, so what about the sound and equipment?

The advantages include the MPEG4 reading format, but the disadvantages, the fact that the receiver is built into the player, affects the poor quality. So far, in terms of sound, it is no different from its competitors. Suitable for listening to modern music. Permissions:

Parameters of the technical side of the product: There is a front speaker system with a range of reproducible frequencies: from 140 to 20,000 Hz. Rated power (front) is 45 W. Speaking about the rear speaker system, it can be noted that the possible and minimum frequency level, as well as its power, is the same. Only the nominal resistance differs, it is lower by 2 ohms. Subwoofer: Frequency Response Range: 30 Hz – 120 Hz.