The TV remote control is designed to provide a high-quality and simple TV viewing service. However, its failure or
absence can be a problem. Several options are offered on how to do without the remote control. It is recommended to watch TV at some distance from the screen. Therefore, when creating several functions and adjustment elements in the TV, its remote control was required. The successful implementation of this task was undertaken by a remote control (RC) with an infrared (IR) one-way data transmission channel. But what if this important TV control is broken or lost? How can you replace the TV remote control, and how to do without it? This, and many other similar questions, is intended to be analyzed in this article. 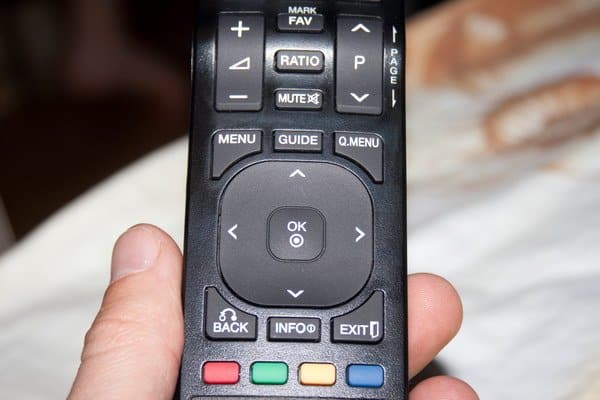 The practice of using TVs and their remotes has accumulated a long history. Therefore, it is possible to replace this device with other control options.

How to turn on TVs without a remote control – photos and the location of the power and control buttons on Sony, Samsung, Toshiba and others TVs

Many TVs on the front panel have control buttons: switching channels in a circle of CH + and CH–. By clicking on any of them, the TV goes out of standby mode into active mode. The rest of the buttons solve the problem of how to control the TV without a remote control. In some designs of devices, the control buttons can be closed with a lid or made in the form of a joystick.

How to turn on Samsung Smart TV without a remote control?

Almost all modern Samsung TV models are equipped with a touchscreen control panel. It is located in the lower right corner on the front panel. A different arrangement is possible, even on the side or behind, in a touch-sensitive version, with buttons or a joystick. 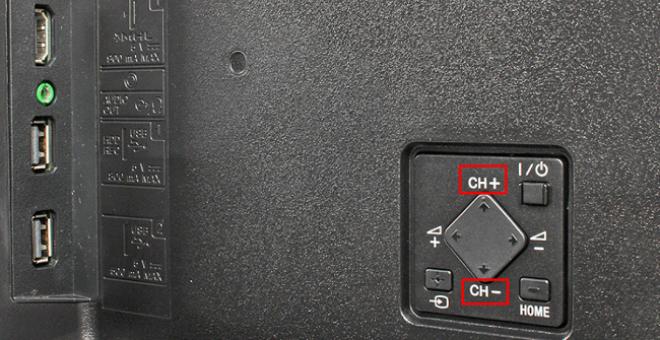 How do I turn on my Sony Bravia TV without a remote control? 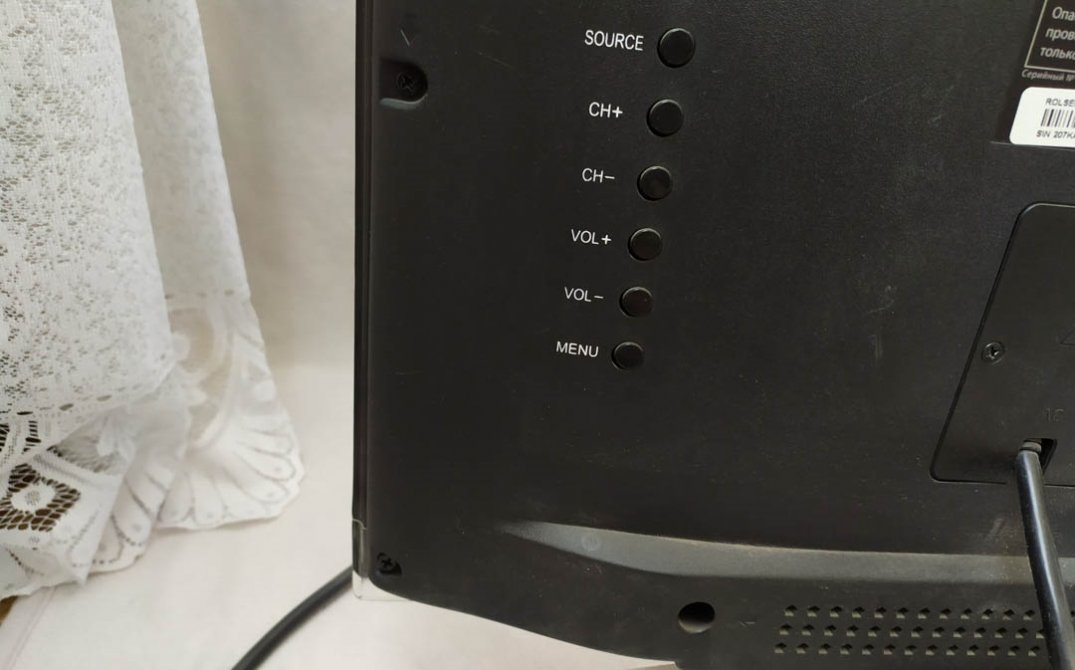 How to turn on Haier TV without remote control?

At the bottom end there is a joystick, by direct pressing on the central part of which and holding it for a few seconds, the equipment is turned on. 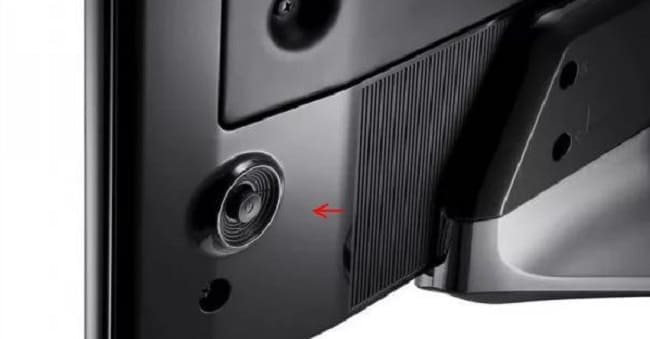 How to turn on Xiaomi TV without a remote control?

The mechanical button for turning on / off the device of this brand is hidden on the bottom panel under the Mi logo. 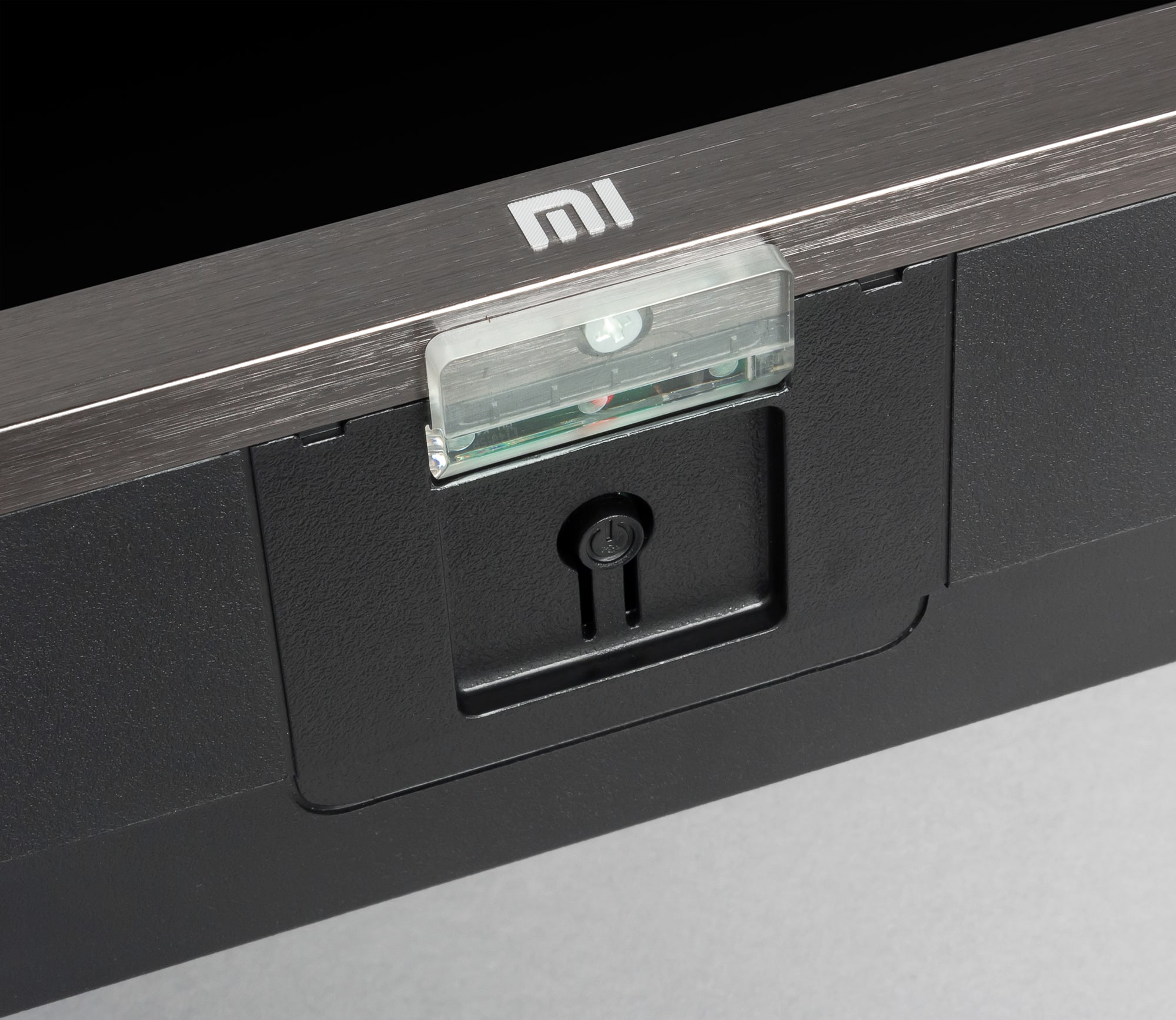 How to turn on a Rollsen TV

There are 6 controls on the back of Rollsen TVs. With their help, you can activate the operating mode and control the equipment.

How to turn on Toshiba TV without a remote control?

Many Japanese TVs, although they have a POWER button to turn on the device, are equipped with additional protection against unauthorized switching on, for example, by children. To start the device, press and hold the POWER and – buttons for more than 10 seconds. Then, without releasing the button, insert the plug into the network and continue holding them for about 20 seconds.
About Toshiba consoles . 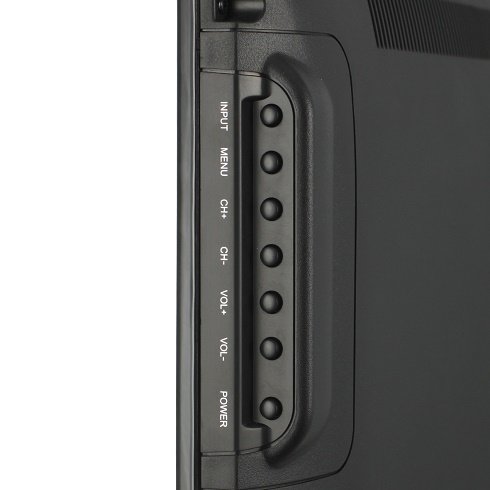 How do I turn on my LG TV without a remote?

To start the LG TV, press the POWER button on the panel of the device.

How to turn on Philips TV

Many Philips models have 7 controls on the side panel. The on / off switch is POWER.

How to enable Smart TV Dexp?

Typically, brands of TVs from this manufacturer are equipped with a power button. But for control, remote devices are needed.

How to turn on Vityaz TV?

Depending on the installed firmware in the Vityaz device, it is possible to turn on the device using the program selection buttons. But you may have to use a universal remote control.

If the user has blocked the inclusion from the remote control, then it is unlikely that even super-experienced service specialists will be able to start the TV.

How to turn on the TV without a remote control and buttons?

To turn on the TV set without using the buttons and the original remote control, you need a device that replaces it. Since the control on the TV is carried out using the IR interface, you need a product equipped with this element and the appropriate software. Such capabilities are possessed by universal remotes and some smartphones.

With the help of such a device, you can control any TV. If the model of equipment is widespread, then it will not be difficult to configure the remote control to the required encoding. It is necessary to enter into the device a certain combination of numbers corresponding to the brand of the product. A table of code combinations is included in the operating instructions for the device. If it is necessary to replace the original remote control, then the learning mode is used, which is available in many models of universal remotes. With their help, it will not be difficult to turn on and control the TV without the original remote control. 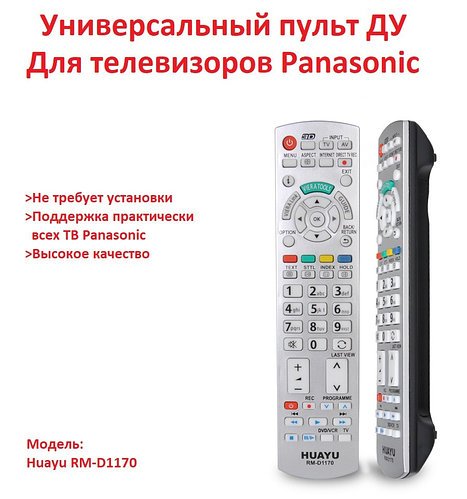 If the smartphone has an IR emitter, then on it you can install the
application remote control for smart TVs Mi Remote (https://play.google.com/store/apps/details?id=com.duokan.phone.remotecontroller&hl=ru&gl=US) or like him. 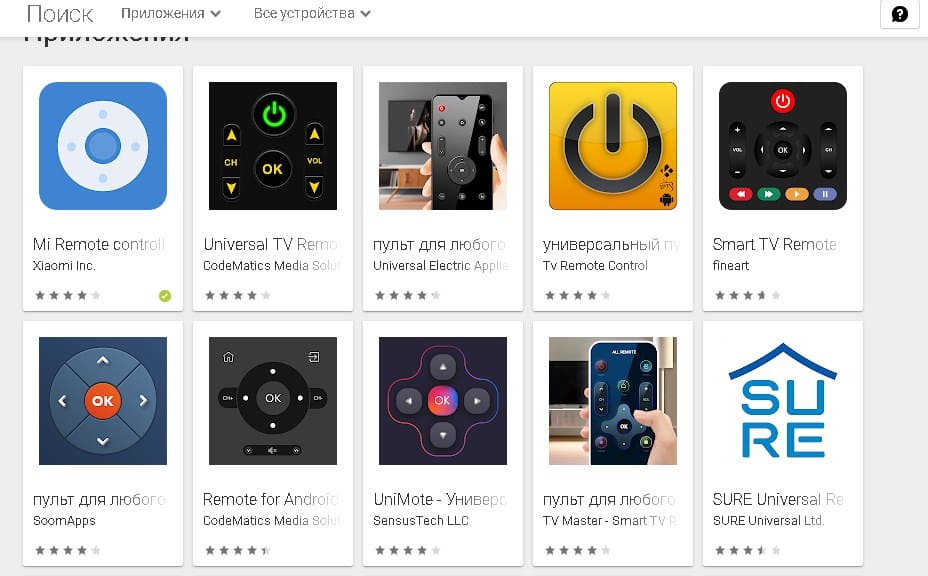 There are many applications for smartphones that can replace a conventional TV remote control [/ caption] Such software can turn a mobile phone into a full-fledged remote control. Xiaomi phones and others equipped with an IR emitter are capable of working with the Mi Remote app, which can be downloaded from Google Play. After installing the application on the mobile device, it is proposed to select the type of equipment, the brand of the manufacturer and perform some actions to coordinate the application with the control device.

Setting up the Mi Remote application [/ caption] If the operation is successful, if the volume on the TV is increased, press the confirmation option on the virtual remote control. If there is no agreement, then they move on to other configuration methods, the algorithm of which depends on the version of the installed application. For the learning function (rewriting IR code commands), you will temporarily need a workable physical remote control that actually controls the equipment.

Virtual Mi Remote [/ caption] How to control the TV without a remote control using a virtual remote control application on a smartphone: https://youtu.be/9p21KHelKUs

If a situation arises that the remote control is broken, then it will be possible to quickly solve it only with a device with an IR interface: a universal remote control or an application on the phone. But if you or your friend has experience in reading circuit diagrams, then it is possible to install a manual switch in the device, as indicated in the figure.

The device of the remote control is simple – it is an integral driver with a one-way channel of IR radiation of the LED. In many cases, it can be repaired. The most common and correctable malfunction of the remote control is the depletion of batteries or incorrect installation. It is necessary to measure the voltage on the batteries, it should not be less than 0.9V. When installing batteries that are known to be in good working order, carefully check their polarity. 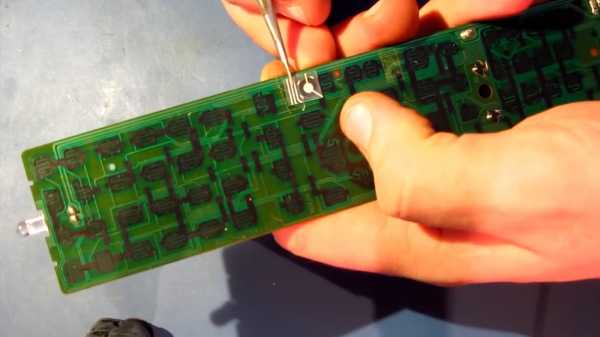 To quickly check the functionality of the IR signal generator in the remote control, a mobile phone or any other device with a video camera is used. If the radiation is not visible with an ordinary eye, then video sensors register it as white. In a mobile device, turn on the camera mode and direct the remote control LED to the eye, alternately pressing the remote control buttons. With each press, a series of emitter flashes should be displayed on the screen of the video device. The operability of all buttons is sequentially checked. In case of failure of one or more of them, the button or tracks are repaired. Conductive rubber wears out in the button, instead of it you can stick a tiny piece of foil paper of the same size. https://youtu.be/09Hw8p5wQz4 You can also carefully disassemble the device and check carefully,whether there is contact from the spring-loaded battery terminals to the product board. Often the wire from them is cut off, pinched, or the soldering point is oxidized.

Периферия 0
A TV is now a common thing in almost every home, and many avid

Периферия 0
Any remote control needs to be tuned, but there are times when the original

Периферия 0
LG Group is the fourth largest electronics manufacturing group in South Korea. Among the

Периферия 0
Philips is a well-known manufacturer from Holland that produces high-quality electronics, including different models