The remote control allows, by pressing buttons, to generate and send infrared signals that transmit commands to the selected equipment. Its versatile nature is that the user can connect the remote to a variety of devices of their choice. To do this, just press a certain key. The most popular use is to use a TV remote control. 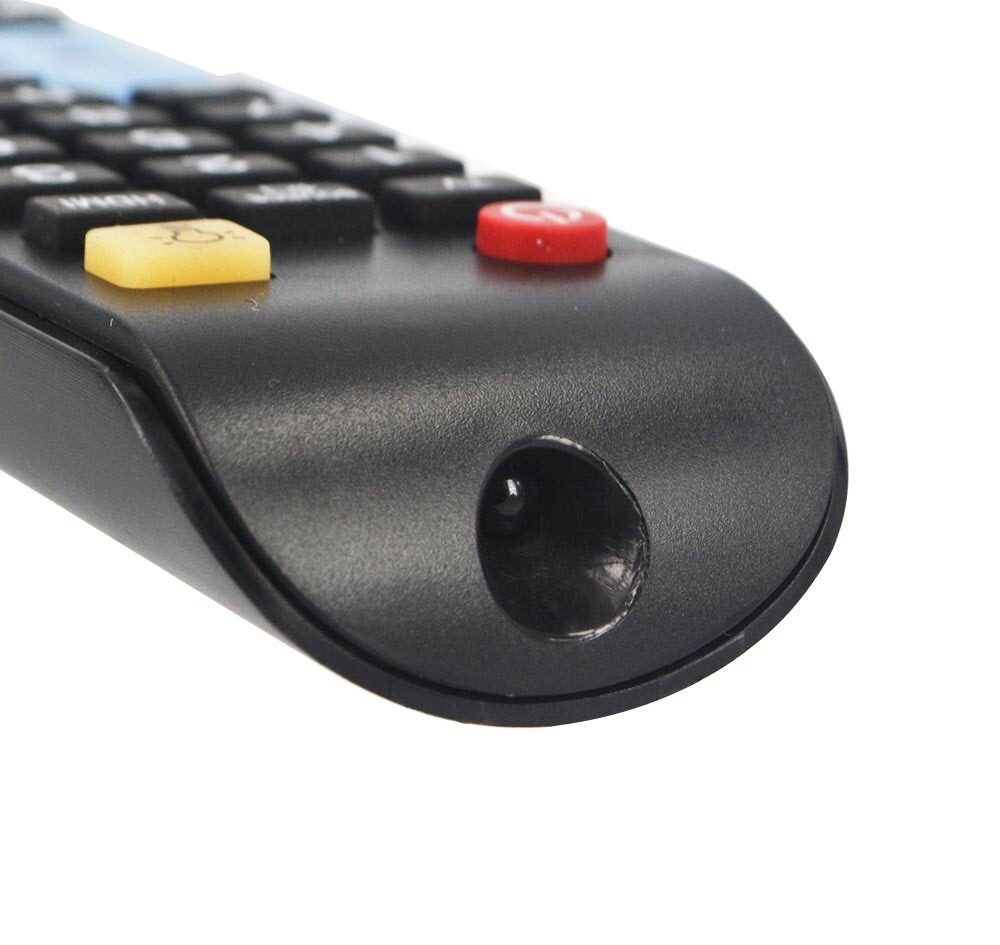 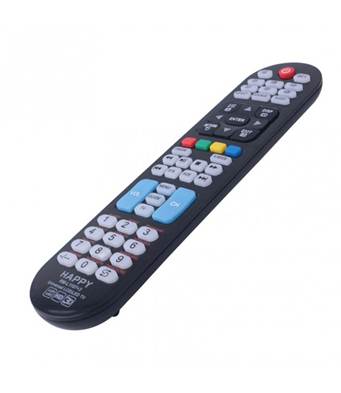 What types of universal remote controls are

Remotes can be of various types:

What does a universal remote control look like, button assignments

Universal control panels are available from many manufacturers. Some of the most popular are Philips products. The set of buttons on different devices has approximately the same composition. As an example, we will talk about the 2008B / 86 model below. It has the following buttons:

Remote control buttons and their purpose [/ caption] Before the user there is a choice between a specialized and a universal remote control. If the previously used one has fallen into disrepair, then you need to think about which one is better to buy. It depends on whether there are other devices besides the TV that need to be controlled. If the remote control is needed only for watching TV programs, then you need to take into account the differences that exist between these options.

If the user has worked with several devices, then perhaps a good option for him would be to use a universal device, otherwise you need to consider purchasing a specialized one. 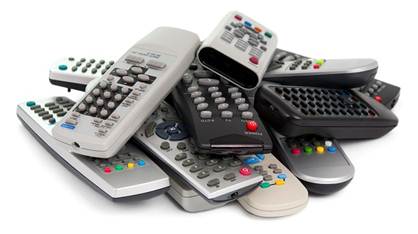 First pairing – how to connect and bind a custom universal remote to your TV, step by step instructions

Adjustment is possible manually or using an automatic procedure. Before starting work, you need to view the list of available codes and select the one that belongs to the existing model. 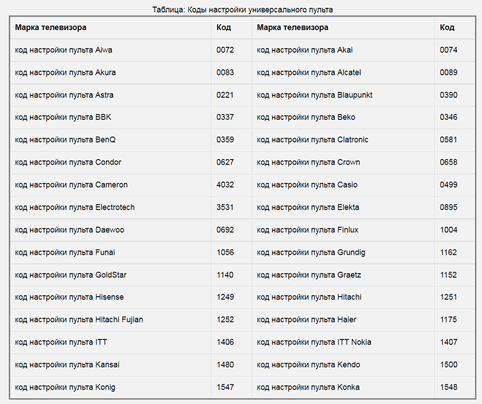 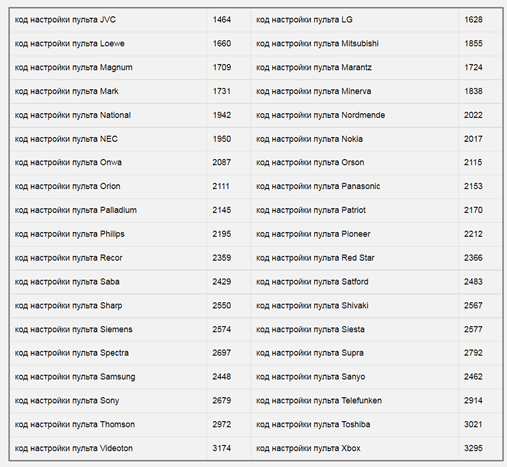 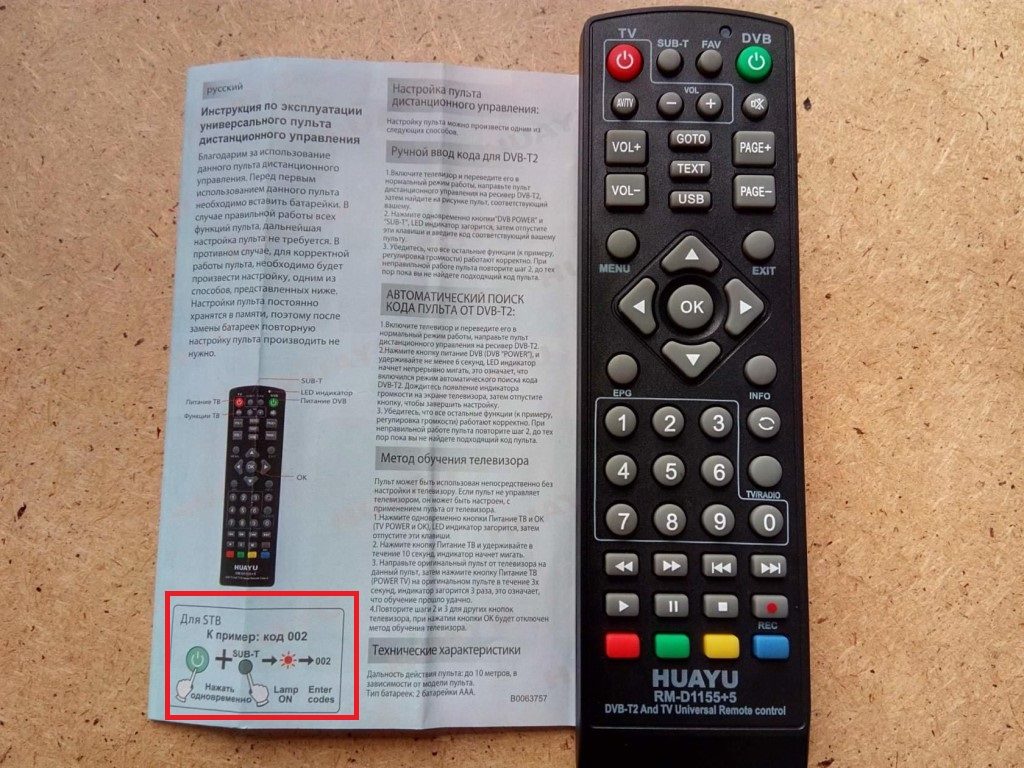 After that, you must go directly to the setup procedure.

How to set up the remote

To perform manual configuration, after initial pairing, you must perform the following steps: 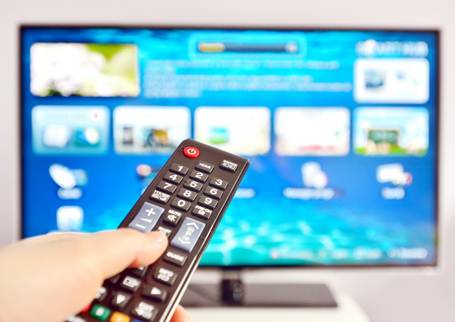 After turning on the TV using the remote control, you can start watching programs. There is a possibility of automatic configuration. It differs in that in this situation there is no need to determine the TV code in advance. To perform this procedure after the end of the pairing procedure, you will need to perform the following actions: 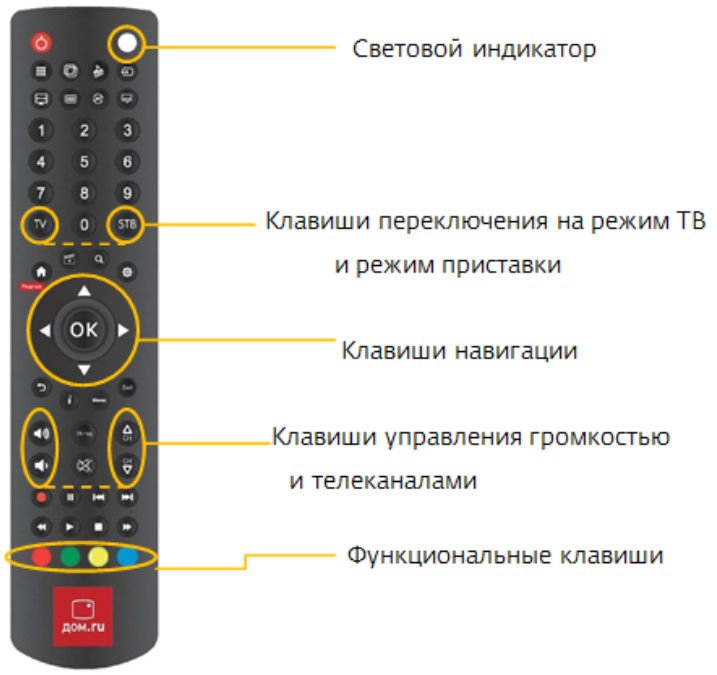 The universal remote control is operated in the same way as the native TV remote control is used. Due to the fact that it has to fit a large number of models, it is necessary that the buttons act according to the functions indicated on them. However, a wide variety of original remotes leads to the fact that some of their functions are not performed on universal devices. In order to find out exactly how each button works when configured for a specific model, you need to familiarize yourself with the technical documentation for a universal device. 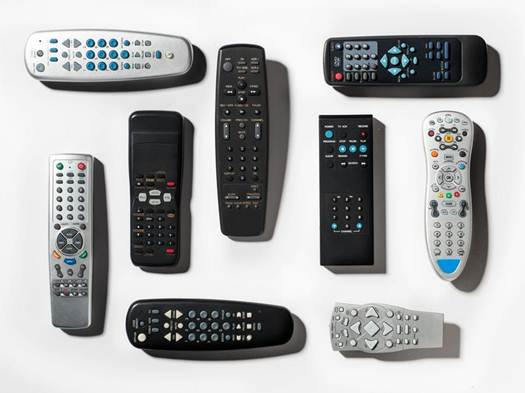 When buying a smartphone, the user gets many additional features. One of them is the use of the phone as a software universal remote control. To do this, you need to choose one of the specialized programs. For example, https://play.google.com/store/apps/details?id=wifi.control.samsung&hl=ru If the remote control stops working, just visit the Android app store and select the app you want. After downloading and installing it, you can perform all those actions for which the remote control was previously required. The latest operating systems have a built-in utility that performs the required functions. 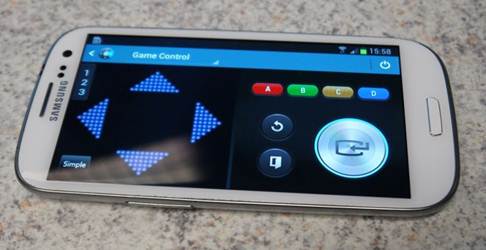 Smartphone remote control [/ caption] You can operate the software remote control as follows. After launching the application, the user will be offered a choice of the device with which he plans to work. The manufacturer is selected using the built-in menu. Then you need to specify the method of pairing with the controlled device. You can choose from the following options: Infrared, Bluetooth or Wi-Fi. After that, a search will take place for equipment available using this communication method. 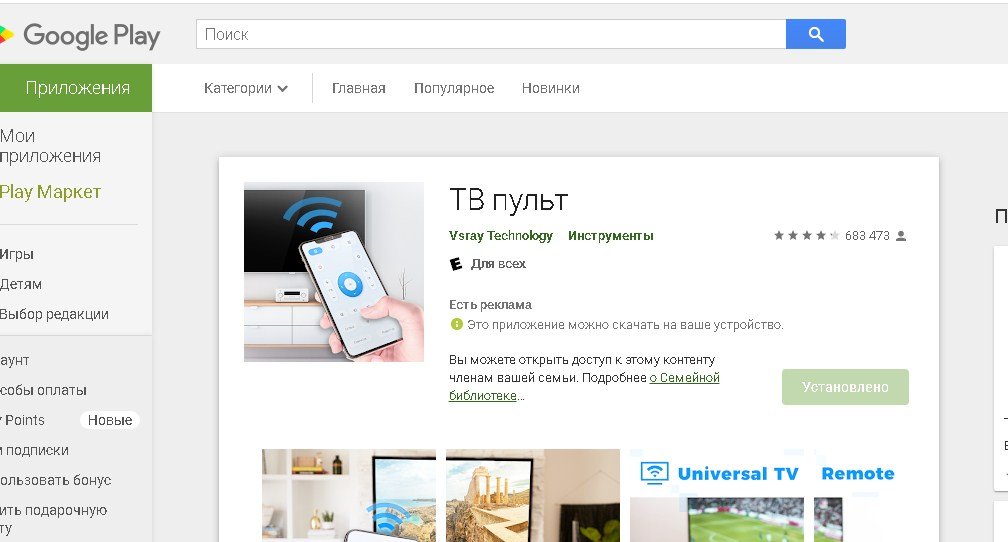 A confirmation code appears on the TV screen. After entering it in the smartphone, it will be installed. The operation with the software control panel is simple and consists in the fact that the application will give instructions that the user must follow. Since this remote control is universal, using a smartphone it will be possible to control all devices that can understand its commands. How to set up a universal remote DEXP, DNS – video instruction: https://youtu.be/IntwVBq8HLA

During tuning, it may happen that the selected code does not match the TV. In this case, you should try to perform automatic tuning. Perhaps a combination of numbers chosen in this way will help solve the problem. Sometimes choosing a code for a TV of a similar design may be a good option. In some cases, it may happen that a new combination of numbers is only partially suitable. You will need to check which functions will work and which will not. If almost everything works, then this option can be a way out. 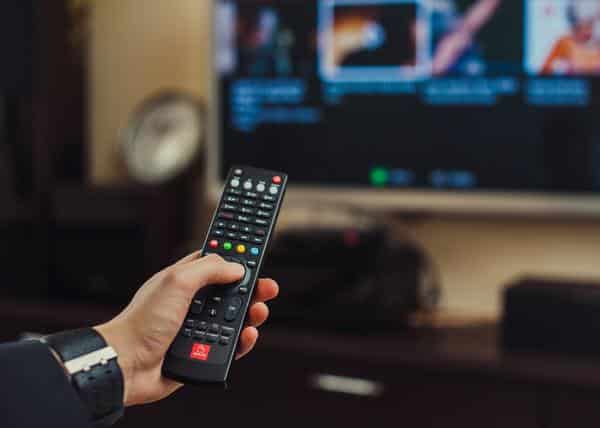 If you have several remotes in your home or office, you cannot exclude the situation when another remote control is mistakenly used. In this case, you can mark them, or it is better to start using the universal remote control instead. If the user has made the settings, but the remote control does not work and it is not possible to determine the cause. In such a situation, a factory reset can help. This operation is different for different remotes. The required sequence of actions is indicated in the operating instructions. When the
TV does not respond to button presses , you need to check if it will follow commands at close range. If in this case everything works, then you need to change the batteries. The most likely reason is the lack of charge in them.