The DisplayPort (DP) connector is a popular, frequently used interface today, which is designed to connect modern technology, TVs, monitors. This progressive, modern interface allows you to get high quality connections when connecting audio or video equipment.

However, in most cases, DisplayPort is used by users when it is necessary to connect various displays, monitors or home theaters, TVs to a home PC (desktop) or laptop. Through the use of this modern interface, the user can transfer digital material, content to third-party devices while maintaining high resolution (up to 8K). 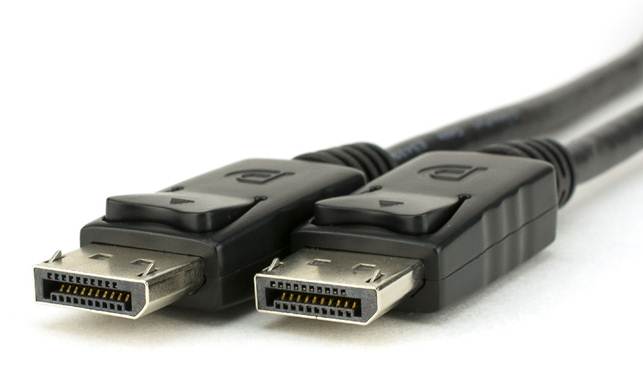 Description of the port and its scope

Today, most users, most often, use DP in cases where it is necessary to connect modern monitor models to a PC. In addition, this port is perfect in cases where you need to connect a TV to the desktop. In some cases, DisplayPort (DP) is actively used when connecting acoustics or other media devices. In addition to graphic materials, this port is capable of transmitting audio tracks and audio materials to other devices. Thanks to the use of DP, the user can connect more than one monitor to his PC at the same time. It should be noted that due to the high bandwidth of the ports, the transfer of images to monitors is possible in the maximum resolutions allowed today (2K, 4K).

What types of DisplayPort connectors are there

There are several different types of connectors that come with DisplayPort. These connectors are:

Not all mini DP connectors are equipped with special devices, fixing (blocking) elements. However, on all full-size display port interfaces, such a locking element is usually present. 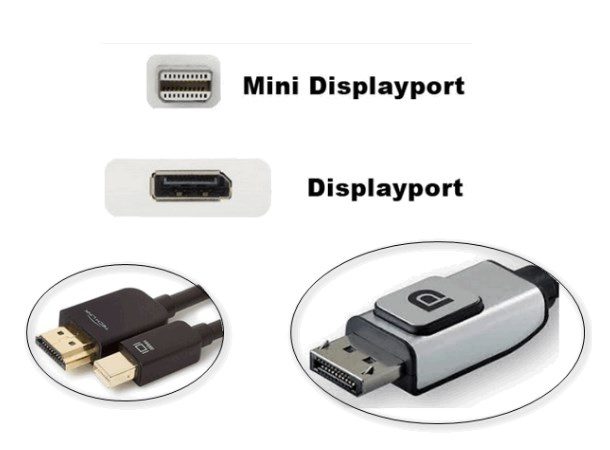 A feature of the displayports is their low supply voltage and low extraneous interference. Compared to conventional DVI, modern DP has much better bandwidth (about twice). At the same time, it should be noted that the mini version of the display port in its dimensions is approximately ten times smaller than a standard DVI type connector. 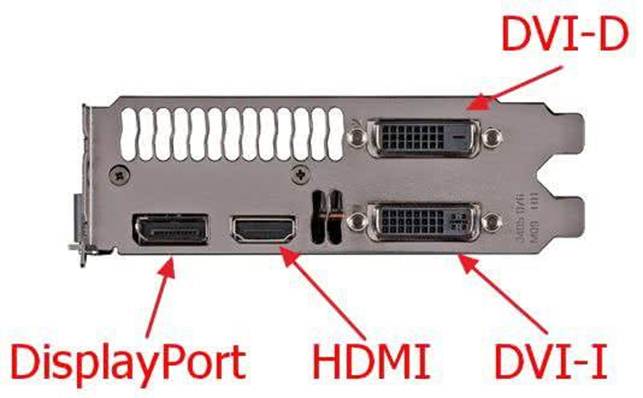 It is not superfluous to mention that DisplayPort can simultaneously transmit video signals, as well as audio format. The throughput rate for early DP models was 9Gbps. The transfer rate for new models of such ports varies up to 29 Gb / s.

On a note! The total length of the DP cable used to connect to a PC and transmit a signal should not exceed 15 m. At the same time, a long cable (15 m) is capable of transmitting an image in Full HD quality. In order to obtain the maximum resolution of the transmitted image, it is recommended to use small DP cables (up to 3 m).

DP connectors are equipped with 20 pins and are capable of transmitting information streams using 4 channels. It is worth noting that they are also additionally equipped with the so-called technical channel (up to 800 Mbps). The maximum possible resolution for the DP port display (version 1.4) reaches 7680×4320.

Advantages and disadvantages of the port

Display ports (DP) have both advantages and disadvantages. The advantages of this interface include: 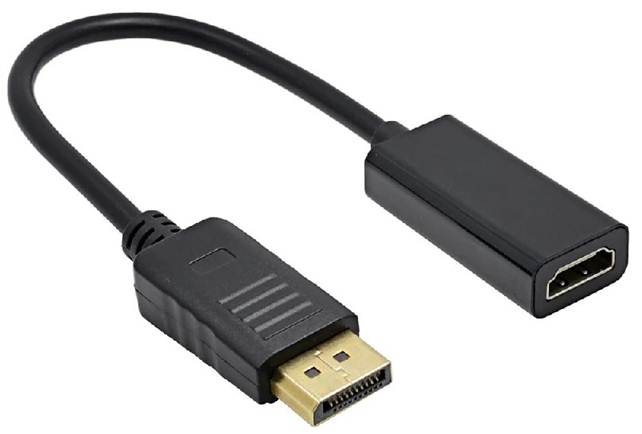 The disadvantages of display ports include the fact that they are not able to fully work with a cable that is too long (in order to transmit a high quality image and resolution, it is recommended to use a cable no longer than 3 meters). In addition, today not even all modern devices support operation and are equipped with this connector. However, to connect multimedia and other equipment that is not equipped with a modern DisplayPort connector, you can use special adapters. Among users, special devices are in great demand – adapters from DP to connectors such as HDMI, or to the familiar, most common VGA.

All different types of DP cables are compatible with devices equipped with a display port. Compatibility and interoperability are not affected by the version of the interface connector used, nor by the level of certification. Therefore, when using any DisplayPort cable, due to the fact that one basic connection scheme is used, all the functionality provided by this interface will be preserved.

What criteria should be followed when choosing a cable for displayport (DP)?

During the selection of DP cables, it must be taken into account that they may have different levels of transmission speed of the initial information. In total, the display port can operate in 4 modes of information transfer: HBR3, HBR2, HBR, and RBR. There are several types of certificates (such certification is not required, and the cables that passed it are marked accordingly), which can be used to determine the throughput of the cable used. According to generally accepted certification standards, the cables used to connect through the display ports are:

According to the DisplayPort standard, the length (meaning its maximum value) of the data cable used is not defined. However, according to the standards adopted for DisplayPort 1.2, this form factor has minimum requirements according to the size and transfer rate of the source information (cables up to 2 meters long must support speeds up to 21.6 Gb / s). https://youtu.be/7n9IQ_GpOlI

New and gradually gaining popularity among users is the DisplayPort interface, which today is considered one of the main competitors of the modern and popular HDMI connector. Thanks to the use of DP, the user can simultaneously connect several monitors to his PC at once. In addition, this interface is able to support the transfer of images with high resolution (4K), as well as video files in 3D format. It is worth noting that DP comes in two sizes – standard and mini. The scheme for connecting a computer, laptop to monitors, TV, or other video, audio equipment is the same as when using ordinary HDMI cables. You just need to connect one device to another using a DP cable. If your monitor or TV does not have this connector,

Through DP to the computer, you can connect two different monitors in series. To do this, you need to make sure that the video card installed on the PC supports DP, and the monitor is compatible with the multi-stream data transfer function (MST DisplayPort). Then the first monitor must be connected with a cable to DisplayPort, which is located on the PC. The DP output of the first monitor is then connected with a cable to the DisplayPort input of the second monitor. On the first monitor, you need to activate the DisplayPort mode, and on the second, which is the last in the connection chain, you need to deactivate it on the contrary. Compared to other interfaces, DisplayPort is just starting to gain popularity among users. Now it is mainly used to connect modern, advanced PCs to new monitor models that are equipped with DP. It is worth noting that video card manufacturers equip most of their products, which belong to the flagship models, with this interface. In addition, this port is actively used in cases where it becomes necessary to install a home theater. According to some experts, it is DisplayPort technology that may become dominant in the future due to the popularization and use of the 8K image transmission standard.