Choosing the best 8K TVs – current models in 2022. The development of technology has led to the fact that TVs with FullHD and
4K resolutions have become standard for TVs with a diagonal of 1 meter. At the International Consumer Electronics Show (CES), the next step in television development was presented – 8K resolution. The latest round of progress is significantly ahead of standard screen resolutions, which deserves special attention.

So what is an 8K TV and how does it differ from traditional 4K and Full HD? The term “8K”, which refers to new advances in resolution, digital cinema and computer graphics, corresponding to approximately 8,000 pixels, was first introduced in 2013. However, at that time, the speed of Internet channels did not represent the possibility of data transfer. So, 8K technology is based on satellite broadcasting to provide data transmission. The popularization of this television format began in 2018, which had a positive impact on the formation of new generation TV standards.

8K TV is the latest generation model with ultra-high resolution. The main difference from the generation with 4K resolution is the more accurate reproduction of small nuances. 8K is more than 33 million pixels (7680×4320 pixels), which allows you to see every hair on the clothes. For comparison, on a 4K screen, the number of pixels is approximately 3840×2160. The ratio of the number of pixels clearly demonstrates the difference: 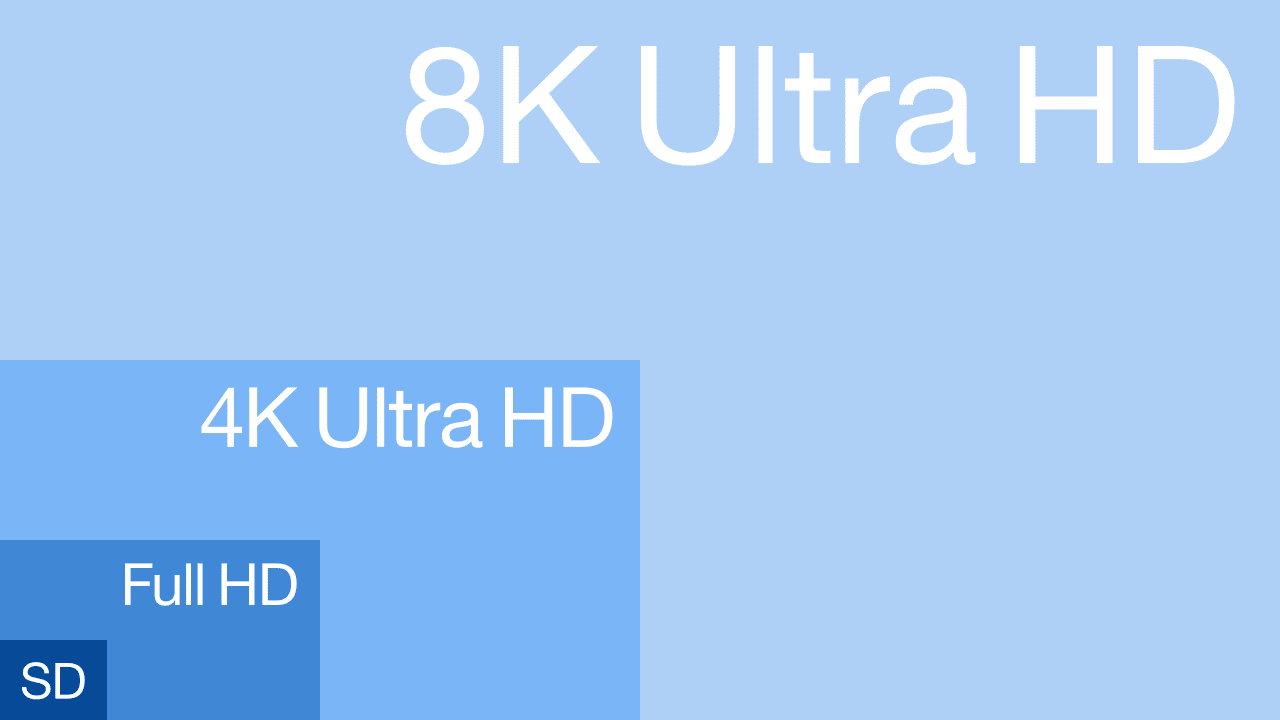 For example, 8K resolution is 4 times sharper than 4K resolution and 16 times more than Full HD. The same diagonal of the screen produces a much better image due to the increased pixel density on the screen, which creates a sense of presence in the viewer.

Facts from the history of 8K resolution

An interesting fact is that the active development of 8K screens began immediately after the release of screens with 8 million pixels. The debut of a new generation of screens took place at the peak of the popularity of 4K TVs. As mentioned above, the presentation took place at the Consumer Electronics Show in 2013. While providers are fighting for the ability to provide content in 4K resolution, Sharp showed off an 85-inch 8K TV model. The presentation made a positive impression. 8K capabilities were first demonstrated in 2016 via satellite broadcast in Japan. In the same year, part of the Olympic Games, which took place in Rio de Janeiro, was broadcast on a screen with a resolution of 8K. Unfortunately, the new resolution was not available in all countries. 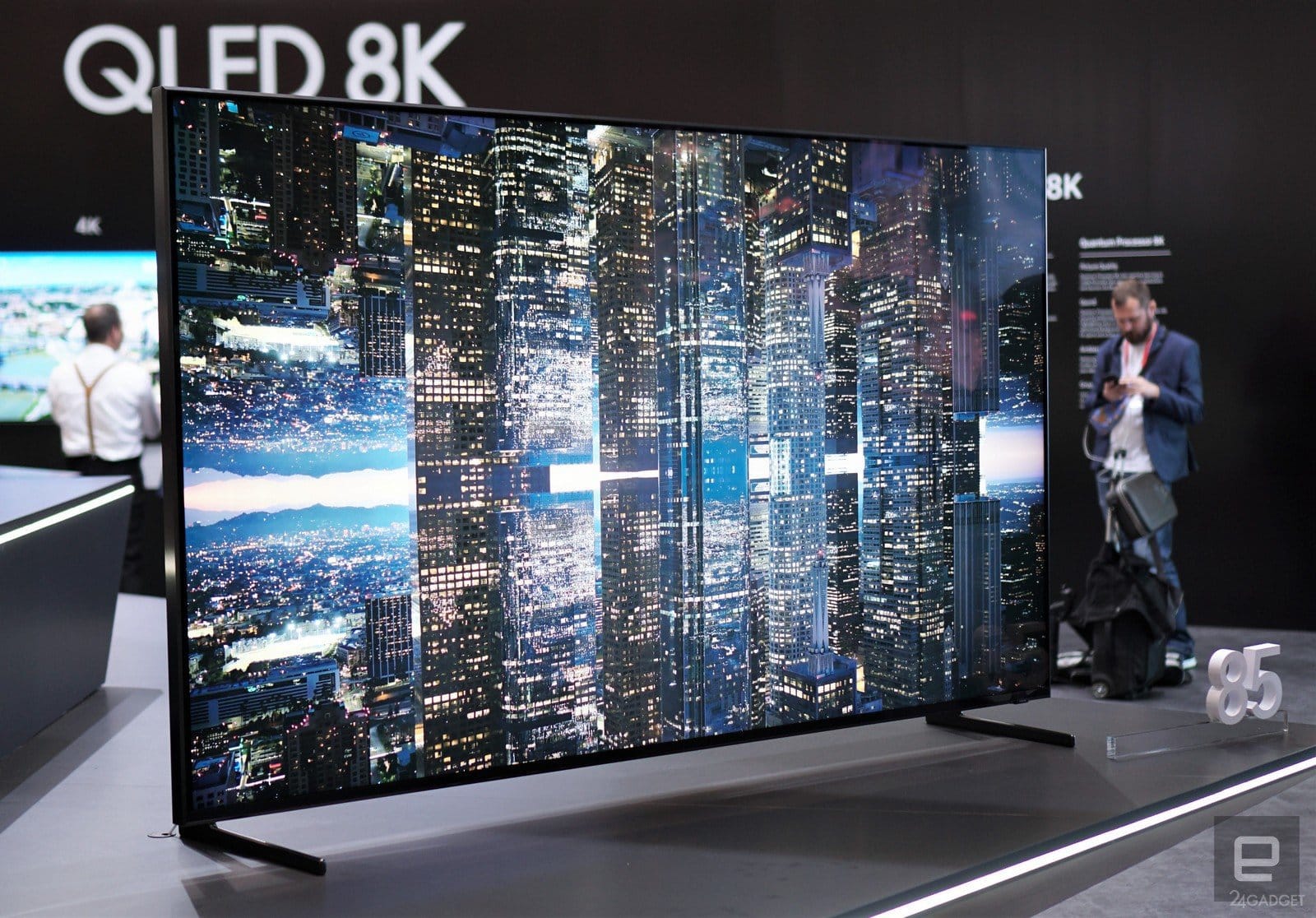 In order to make a final decision regarding the purchase of a TV with a new generation screen, you need to understand its capabilities. The main advantages of 8K resolution:

When buying a screen with a large diagonal, it is important to remember that there is no decrease in pixel density. This is necessary not only for image clarity, but also for comfortable viewing. A sufficient number of pixels allows the viewer to be closer to the screen. This significantly expands the comfortable viewing area, since the human eye does not distinguish between individual pixels.

Are there 8K TVs for sale and are they worth the wait?

The question of the possibility to purchase a screen with a resolution of 8K is primarily of concern to gamers and cinephiles. Unfortunately, there is currently no TV with 8K resolution, at least not available to ordinary consumers. Despite the fact that the first presentation of the “miracle” of the TV took place in 2013, it was not a success. Much attention was paid to the new technology only in 2019. Samsung has announced the release of new screens ranging in size from 65 to 98 inches. However, if LG, Samsung, Sony and a number of other major manufacturers showcase new TVs at CES, this does not mean that TVs are available to the consumer. 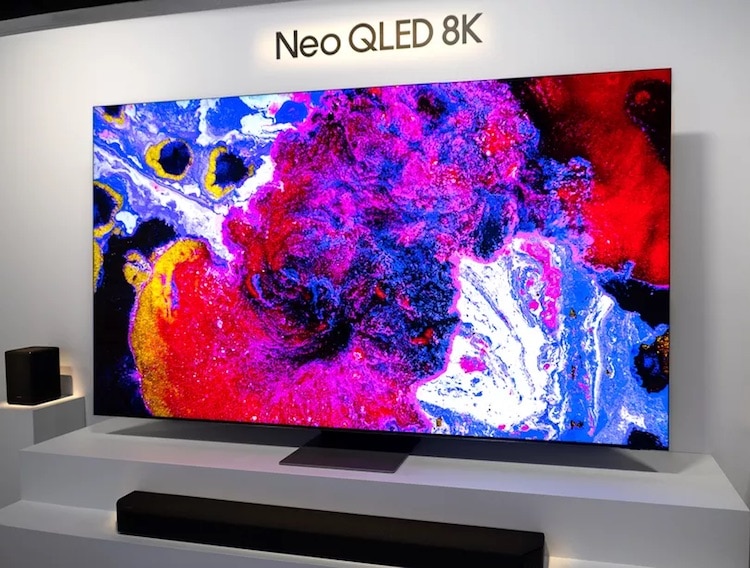 Simultaneously with Samsung, Sony began developing new-generation screens, which in the same year presented the 8K Master Series line. Next, LG announced the release of a new model with a diagonal of up to 88 inches. When buying a TV with a resolution of 8K, you need to be prepared for high prices, in addition, such models are rare and not sold in all stores.

Like any new advance in technology, 8K resolution is subject to criticism. The disadvantages of the new generation of screens, as a rule, come down to the low availability and unpreparedness of viewers and content makers for new opportunities. The negative factors of 8K resolution include the following points:

Summing up the above, we can conclude that 4K resolution will be relevant for at least another couple of years. Over the years, the new resolution will become more technically adapted, more content will appear, more models will be released, which will most likely reduce the cost of 8k TVs.

It is worth noting that today 8K technology is in its infancy, which leads to a low level of supply. 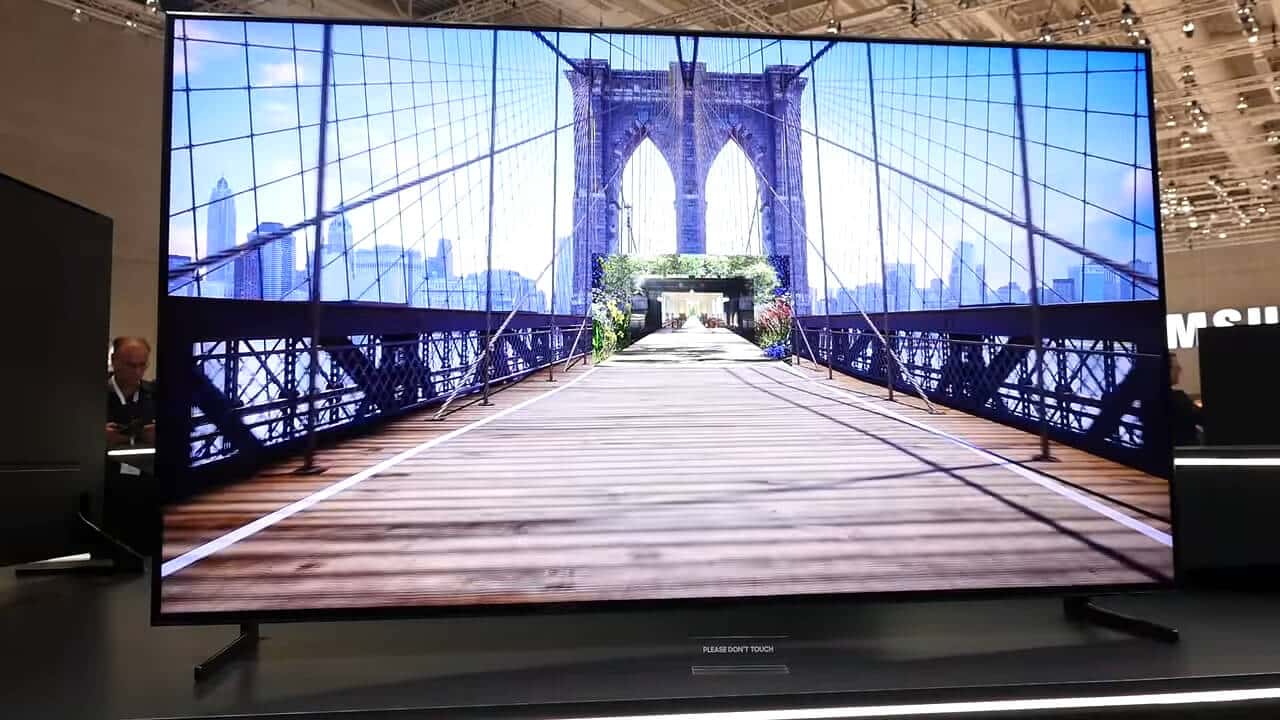 Features of choosing a TV with a resolution of 8K

First of all, you need to pay attention to the screen size. The effect of total immersion is best experienced on screens from 120 to 150 inches. For example, when watching a football match, it is possible to display the entire field in one frame, which allows you to feel like you are in a stadium. According to statistics, the bulk of the demand for large screens comes from China. Today, most citizens of Europe and Russia have a TV diagonal of 54 inches. The minimum size for an 8K TV is 70 inches. Therefore, it will take time for the new generation of screens to “take root” in the market. The next thing to pay attention to is the frame rate per second (fps). The greater the concentration of frames per second, the smoother the image appears to the viewer. Since there are no world standards in this area, for a TV in 8K, the average is considered to be from 100 to 120 frames per second. If the value is lower than the specified value for any reason, you will not be able to achieve high image quality. 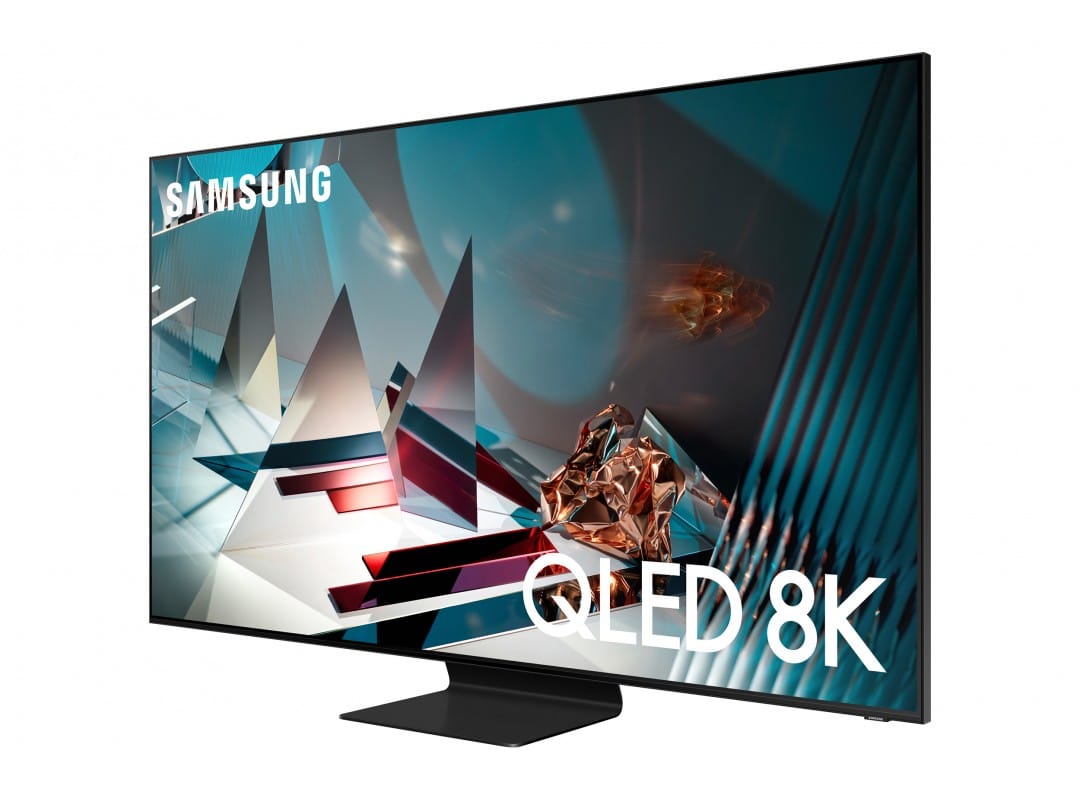 SMART TV Q800 series opens the ranking of the best TVs with a resolution of 8K. Machine learning and built-in Quantum 8K intelligent processor upscales native Full HD resolution. OTS+ (Object Tracking Sound+) deserves attention. Surround sound technology tracks the movement of objects on the screen and fills this movement with changes in sounds. High image quality combined with three-dimensional sound immerse the viewer in the center of what is happening on the screen. Built-in additional speakers, as well as the ability to view the image from any angle, due to the wide viewing angle, allows you to enjoy viewing, even if the viewer is away from the TV. A 75-inch TV costs about 479,990 rubles.

This TV model in the Korean market has received the title of the most clear and rich. The functional and technical capabilities of the Samsung Q900R include:

The frameless screen is available in four sizes from 65 to 98 inches, which affects the weight and cost of the TV. So, a model with a diagonal of 85 inches costs 590,000 rubles.

Only a few companies are actively developing the 8K format. LG is no longer producing only large and premium models, but also more budget options. 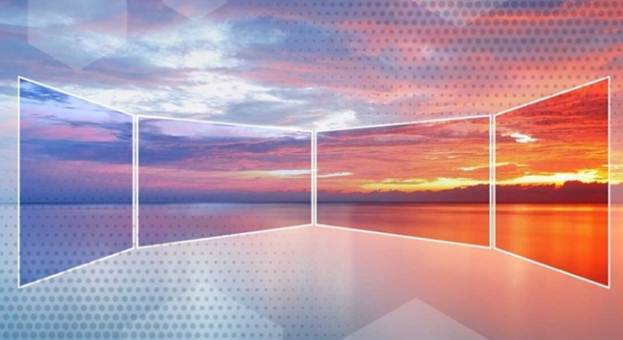 Model LG 65NANO956NA is equipped with a9 Gen 3 8K processor, which analyzes the proposed material for further scaling to 8K format. Among the technological features of the TV are:

It is also worth noting that the LG NanoCell TV received a certificate confirming the photobiological safety of LEDs. This ensures that there is no harm to the human eye, even during prolonged viewing. A 65-inch TV costs 134,999 rubles. 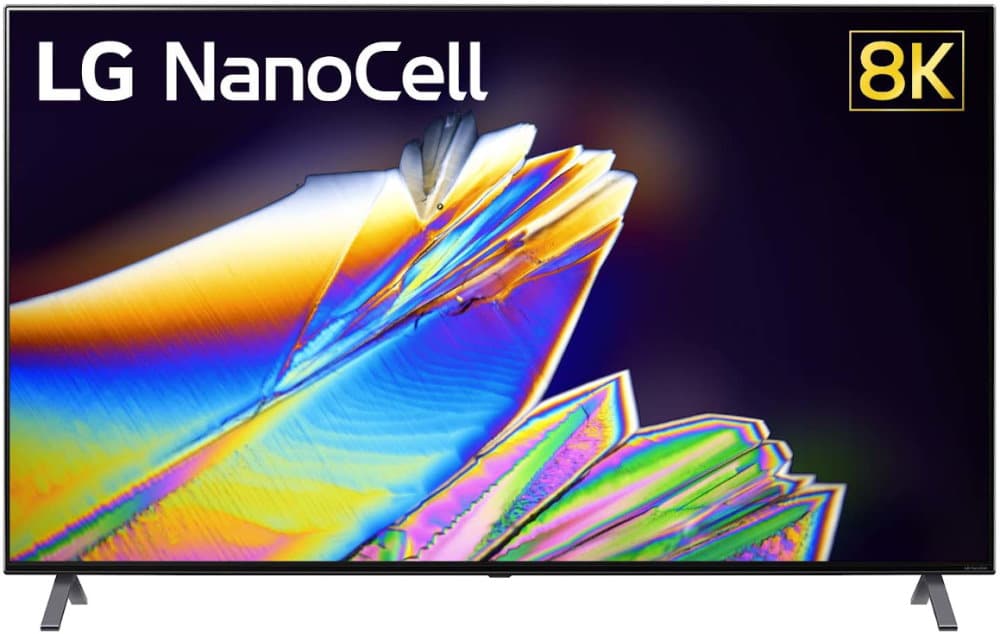 Crystal clearness of each shade is achieved through a number of technologies:

Depending on the genre of the movie and the features of the frame, the TV automatically changes the picture settings. Motion smoothing is also automatically turned off, which does not interfere with the aspect ratio, color reproduction and preserves the frame rate. High-quality video about a TV with a resolution of 8K in 75 inches, how 8K looks in games: https://youtu.be/BV8fCl2v854 So, the main manufacturers of TVs with a resolution of 8K are LG and Samsung. LG TVs are distinguished by a more loyal cost, for which they have received recognition from users. They produce models based on a unique matrix and a number of proprietary technologies. According to user reviews, LG TVs are better than Samsung when measured in terms of price / quality ratio. However, Samsung is focused on producing large-format TVs. In 2022, it is better to choose a budget 8K TV,

Выбор, подключение и настройка 0
How to choose a portable portable TV, the best models and specifications. A portable

Выбор, подключение и настройка 0
We choose the best TVs with 4K resolution – the current models of 2022.

Выбор, подключение и настройка 0
Many people strive to buy a small TV in the kitchen, but not everyone

Выбор, подключение и настройка 0
Choosing the best 32-inch TV, is there one and what models can you recommend