The converter is the most important part in
satellite television , the signal quality depends on it, it is a frequency and polarization converter and can catch different frequencies. In this article, we will talk about its meaning and how to choose it, what you should pay attention to. 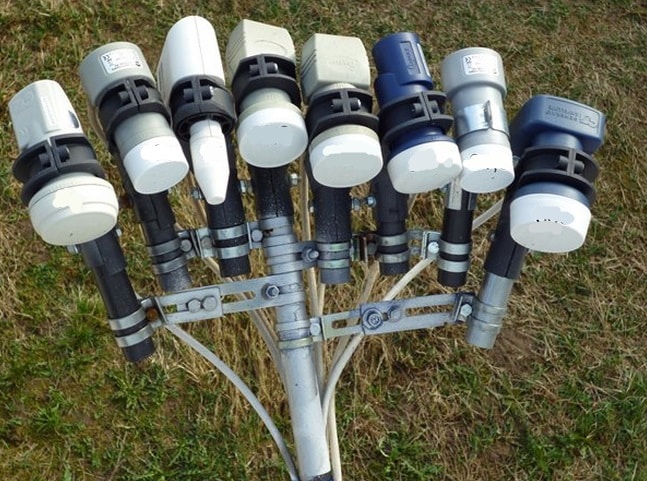 What is a satellite converter and what is it for

The satellite converter provides reception of the signal, which is reflected from the surface of the antenna and is amplified and transmitted to the satellite TV tuner. It is a complex mechanism that uses the basic laws of physics. You can buy such a converter at an affordable price.

In science, a converter is defined as a receiver that processes a satellite signal. In fact, there are two devices in a single monolithic block. The first device amplifies the signal received from the satellite. Here the level of additional noise plays the main role. At lower values, the interference will be much less, – 0.3 – 0.5 dB.

A name such as LNB or low noise block is also related to the satellite converter.

The second device converts wave frequencies. With their help, the signal is transmitted to a receiver or TV set via remote access. An offset satellite dish is optimal for signal transmission. Here’s a rudimentary explanation of how it all works: The 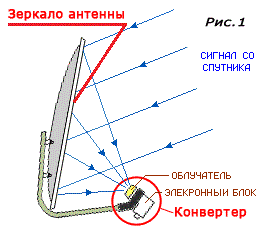 converter makes the received signal stronger. This helps to compensate for losses in the
cable that connects the antenna to the receiver. The receiver introduces its own noise into the signal. They have constant power. The satellite signal from the antenna alone is not strong, so it becomes weaker inside the cable, therefore, it needs to be amplified. However, the device introduces its own noises into the signal, so it is important that they are small. The converter can be purchased from different brands. 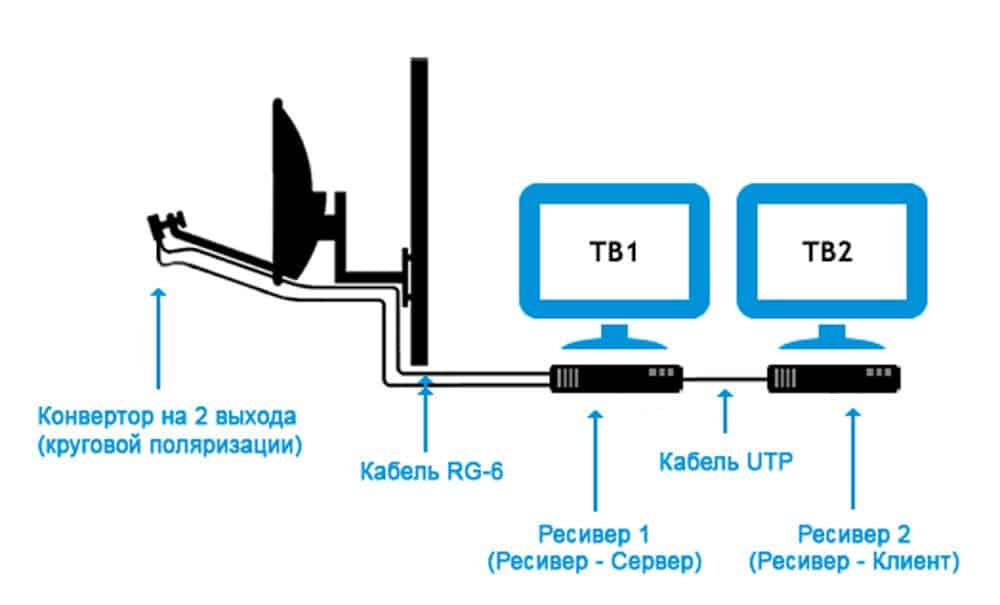 The principle of operation of the antenna converter for two outputs [/ caption] The device also converts the frequency. This is a very important feature. From the usual ranges, the signal goes into the L range. This is a rather complex device that consists of several parts. Its structure includes an irradiator, a waveguide and a board of the converter itself. 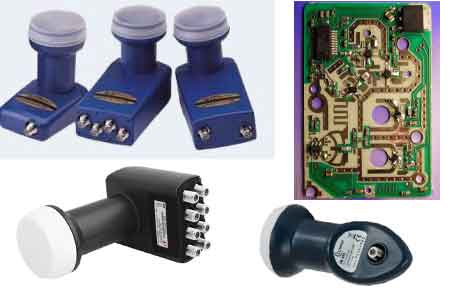 Converter microcircuit [/ caption] The irradiator is a kind of secondary antenna that picks up the signals sent from the main one. The converter amplifies and converts a high-frequency signal into a less high-frequency signal, for example, converts a 12000 MHz signal into a frequency equal to 1250 MHz. It serves to ensure that the signal is not completely attenuated in the cable. Ideally, the TV receives high-quality, high-definition signals. The converter also switches polarization. The channels have not only different frequencies, but also different polarizations. Some polarize vertically, others horizontally. It is important how the converter is turned. The directions are different at different places on the earth’s surface.

What types of converters for a satellite dish are

A converter, more precisely called LNB, is needed in order to convert the frequency of the “Ku” wave (10 … 13 GHz) or “C” range (3.5 … 4.5 GHz) to 0.95 … 2.5 GHz, which makes it possible for the signal to be transmitted with minimal cable loss up to receiver. This makes it possible to use an inexpensive coaxial cable and give it a length of up to 20-30 meters so that the signal is not lost. K \ All converters differ in noise. Their diversity is great for another principle. There are the following converters: 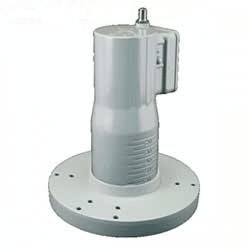 LNB C-band satellite dish converter [/ caption] It is necessary to determine in which band, “Ku” or “C”, it is applied. The big difference between the devices lies in their operation in different frequency ranges. The frequency converter works in a wide variety of weather conditions. 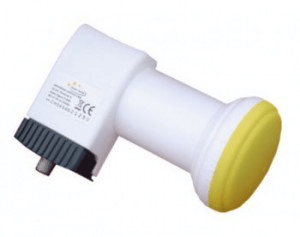 The principle of operation of the satellite converter

The converter collects waves, converts them into signals of electrical origin, which transmit the signal to the receiver. The LNB is placed in the focus of the antenna, where the focusing of the waves occurs. The signal is amplified in a converter, converted to a lower frequency. To transfer the signal from C or Ki to the L-band, you need a local oscillator that generates a radio signal. The mixer helps to obtain the third signal, which is the difference between the first two. As a result, it turns out. 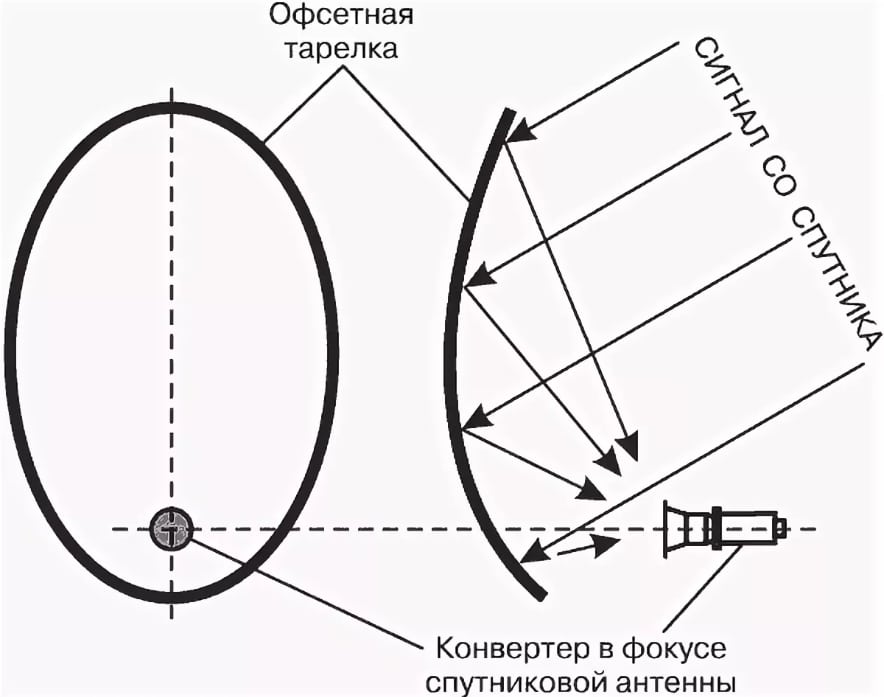 In the Ki rangeconversely, the local oscillator frequency is calculated from the frequency of the signal received from the satellite. There is also another peculiarity. You cannot transfer the entire Ki-band to the L-band. Either the converter has one local oscillator and does not cover the entire Ki-band, or the satellite signal goes into the L-band only partially, the lower or upper range is used. The second type of converters is
universal, it has 2 local oscillators, the second of which covers the upper Ku band. The ranges are switched using an electronic key controlled by a special signal. There is a metal structure inside the converter. The filling of the device is hidden in a metal case, where the outlet for the F-connector is inserted. The converter can have a different number of outputs. Sometimes the number goes up to eight. 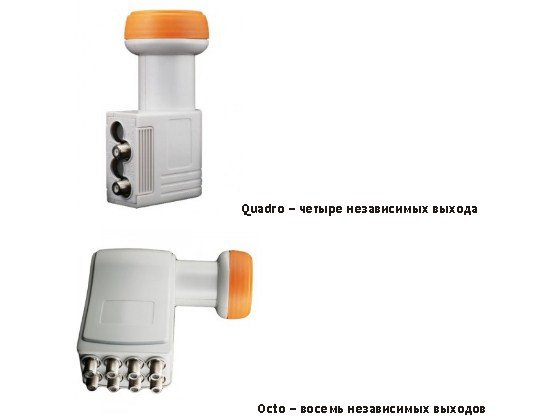 Satellite converter for 2 and 8 outputs [/ caption] It is very convenient for everyday use. Sometimes there may be several tuners that allow you to optimize the signal for several TVs. 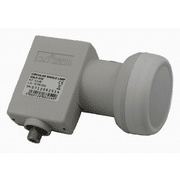 How to check the converter for performance

It is very easy to check the converter for serviceability. If you have problems with the perception of the TV signal, you need to see if the matter is really in the converter. First, you need to check the cable going from the receiver to the antenna by eye to see if it is torn anywhere. If the cable is intact, you need to check the head of the plate, then the contacts with the wires, there is an easier option, namely, change this head and see if the signal has changed. Then you can understand if the cause of the problem is in the broken converter or in another node. How to choose a satellite head and check the satellite dish converter for performance, converters for a satellite dish with two, three and four outputs: https://youtu.be/s6IW8HPgTEE

How to choose an LNB, what to look for

Noise figure is the main parameter for choosing a converter. It is important to consider when choosing the frequency range, phase noise, current used, polarity. The most important components are noise figure and gain. In an amicable way, the noise figure should be indicated on the package.

Specification [/ caption] If it is not listed, it is not worth buying the device. At the same time, even a low coefficient does not guarantee that the converter will be of high quality. This parameter is verified only in laboratory conditions. Therefore, it is better to buy devices only in those places that have been tested and have been able to prove themselves well. A universal converter can be bought inexpensively on the Internet and in radio parts stores. This is the best option. How to choose a satellite converter: https://youtu.be/nP7UpiEubro

The Tricolor satellite dish converter is popular because of its reliability, and you can also buy it at an affordable price. It will not be expensive, but it will provide the owners of the house with a high-quality signal. 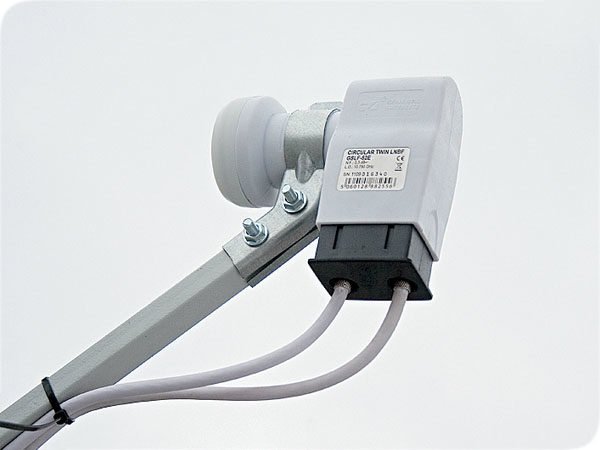 Satellite head from Tricolor [/ caption] Satellite TV ALYNO has a combined C + Ku converter based on two converters. It has a dependent output “Ferret direct focus Twin-Twin”, which provides constant signal reception in two bands at once: C and Ku. Works only in conjunction with a 4/2 passive multiswitch. Made for offset antennas. Polyethylene caps. Converter General Satellite GSLF-51E with waveguide diameter: 40 mm (standard); Connector type: 75 F-type is also popular with subscribers. Galaxy Innovations GI-301 Converter is a circular polarization converter. It is very convenient to use it in everyday life.

Electromagnetic radio waves fall on the mirror. Since its shape has the form of a sphere, the signal, falling on the mirror area, is reflected only in a single direction, a beam is formed, focused at one point. The necessary device is put in “focus” – the satellite converter itself. This beam falls on him. The main elements of the converter are the irradiator, the waveguide through which the signal goes, the electronic unit that converts the waves into pulses. The converter converts frequency, polarization, provides a high-quality signal. Designed for high quality TV viewing. 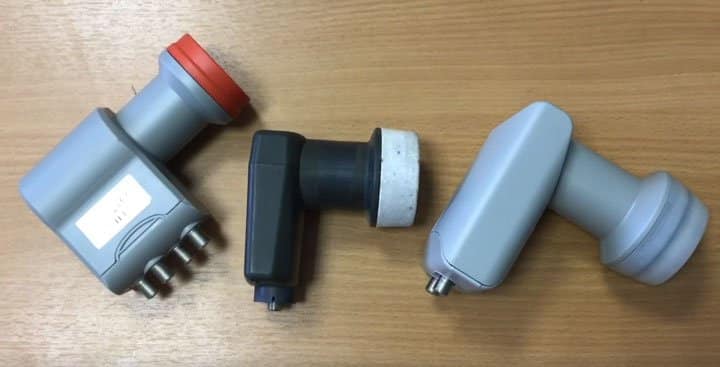 Mistakes when choosing and installing, how to avoid them

The quality of the case is often chosen improperly. The workplace is the street. During use, the device is affected by temperature changes. Therefore, the body of the device must be of high quality. The removable sun cover must be resistant to radiation. Therefore, you should again choose high-quality material.

Important! At any depressurization of the device, atmospheric moisture will get there, which will lead to breakdown.

The color of the body should not be bright, otherwise it will attract birds that will peck bright plastic. 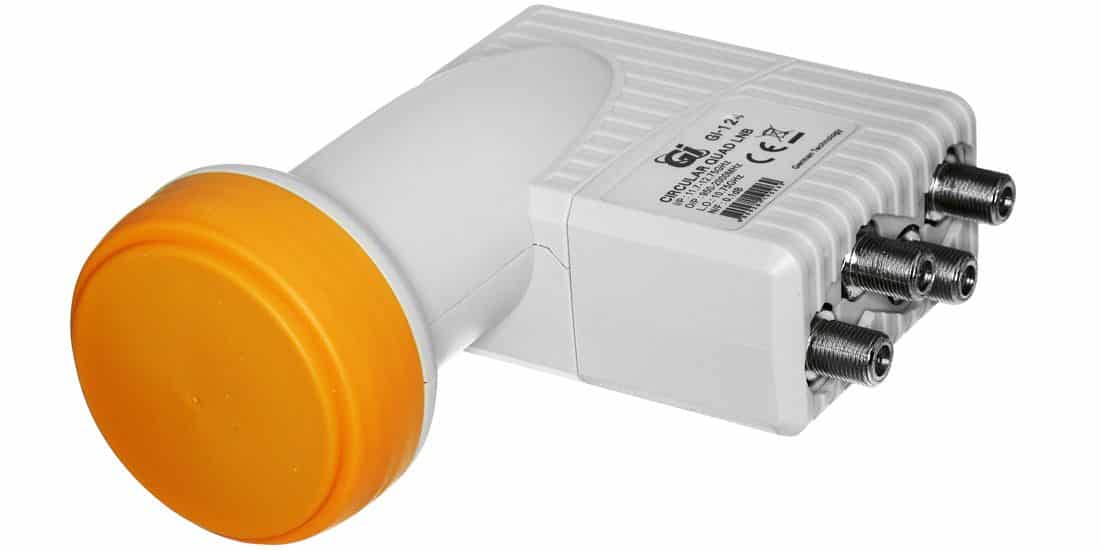 Before setting it up, it is important to see how the device is capable of working.

Important! A working device shows a signal even when the antenna is not
tuned to the satellite .

Converter or converter? That’s right: a converter, and in any meaning. This complies with the rules of the Russian language and foreign languages.
Which converter is suitable for receiving MTS TV ? Answer: having linear Ku-band polarization. It will work perfectly.
At what price can you buy a satellite converter? The device can be purchased at a price of 350 rubles. Converter is one of the main parts of satellite TV. It converts the frequency, changes the polarization. Therefore, it is important to get the right head that has little noise and is suitable for a given range. So, the converter must be chosen very carefully.